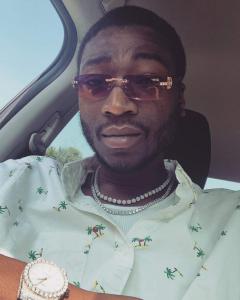 Zach Hump – Make It Out

Being fond of music from an early age and inspired by well-known rappers and musicians of the time, artist Zach Hump is set to make his mark in the music world.

HUNTSVILLE, ALABAMA, UNITED STATES, October 11, 2021 /EINPresswire.com/ — Up-and-coming artist Zach Hump is a massive force to be dealt with in the world of music. Having incredible expertise in a bunch of genres of music, the artist is well-equipped and experienced in this regard. With the release of his latest single titled “Make It Out” earlier this year, Zach managed to win over a significant number of music enthusiasts around the world and is looking forward to growing his audience further.

“Make It Out” – available on most major music streaming/downloading platforms – was released this year in the month of April. Along with that, the artist also released a music video for the song on YouTube. Uploaded on Zach’s official YouTube channel, the video has managed to amass well above 32k views in a span of 6 months. It features the artist rapping along to the song while LED lights can be seen flashing in the background. Gaining the most streams out of all of Zach’s songs on Spotify so far, the single has proved to be his most successful release up until now. It is a good old Southern Alabama bop with rich RnB and Hip Hop themes. The hard-hitting rap verses throughout the song have the ability to make anyone sing along to the song while dancing along to the catchy beats. Heavily dominated by melodious tunes, the song is a perfect blend of Rap and Hip Hop music.

Apart from “Make It Out”, Zach Hump has also released a bunch of other singles throughout his musical career. His first official song was a single titled “She Rollin (feat. Cool Yeti)”, released back in 2015. After that, he made back to back releases in 2021, all of them gaining sufficient streams and becoming smash hits. These outstanding singles include “She’s Toxic”, “Prescription”, “Scml”, and “Left Them In Awe”. All of Zach Hump’s music can be streamed and downloaded from major music sites, including Zach’s own official website. What makes Zach Hump so unique as an artist is his ability to blend a bunch of genres together, coming up with an incredible tune in the end. He doesn’t restrict himself to one thing and keeps his mind open to new ideas and inspirations, getting room for improvement and better opportunities.

The artist plans of continuing his musical journey. He wants to make more music he’s passionate about and tour the world, inspiring thousands along the way.

About
Zach Hump is a 30 year old musician from Huntsville, Alabama. He plays piano, violin, and guitar. He grew a liking for music when he was in 4th grade.

2pac is Zach’s favorite rapper of all time. His musical inspirations include Nelly, Ludacris, Lil Wayne, and Money Man.