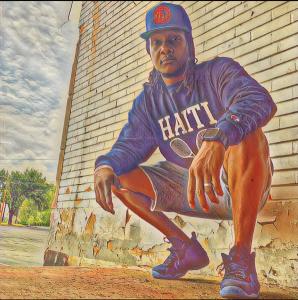 Releasing back to back songs while working on his highly anticipated full-length album, up-and-coming artist OhMugz is set to take the music world by storm.

FAYETTEVILLE, NORTH CAROLINA, UNITED STATES, October 11, 2021 /EINPresswire.com/ — Talented artist OhMugz is rising through the ranks and emerging as an impeccable musician of the time, well-equipped with various musical talents and years of experience. Possessing incredible expertise in the genre of Hip Hop music, the artist can be seen making it big in the world of Hip Hop. He has just released his brand new remix titled “Direction (Remix)” on September 6th, 2021.

Along with getting released on various major music streaming platforms, the remix was also uploaded on YouTube, with a music video that will be following soon. With the artist’s popularity rising each passing day, the streams on the song are increasing at a rather impressive rate. The remix drives with an infectious beat centered around a hypnotic melody that takes the listener into the middle of an all-out rhyme fest of four MCs with Mugz anchoring the rear, bringing the total up to five. filled with catchy beats and groovy tunes. The instrumental blended with the lyricism of talented and sharp MCs delivers something that’s much needed and seriously lacking into today’s musical landscape. Apart from working on “Direction (Remix)” for the past couple of months, the artist has also been working on his highly anticipated LP. Being under the works for quite some time now, the brand new LP is set to be released this fall.

The album is titled “The Renaissance Project” and is produced by TRM – one of the most well-known and talented producers in the industry. TRM worked in collaboration with OhMugz and produced the entire project from start to finish. Once it gets released, this most-awaited album will be available on all major music streaming/downloading platforms around the world. Although the release date is still pending, it is scheduled for the upcoming fall. In addition to the upcoming LP, OhMugz has previously released an EP titled “Dark Age”, also produced by TRM. With a total of 6 tracks on the EP, it was released earlier in 2021. OhMugz was also featured in a single titled “Untold Tales” back in 2020.

The artist plans on continuing his musical journey and exploring as an artist. He wants to tour the world, meet his fans, and inspire others along his journey to success.

Check out his music

About
OhMugz, also known as OhD is an emcee from Hempstead, New York, and is best known for his illustrative Hip Hop music. Since 2001, OhMugz has released 10 underground projects including “As Is” and “#BETTADAYZAHEAD” where he has coined the phrase “UFOLLOW”.

OhMugz is set to take Hip Hop back to a time where rhyming was just as important as hearing the dope sound of the beat that accompanies it. As his previous project clearly pointed out, there are definitely better days ahead.