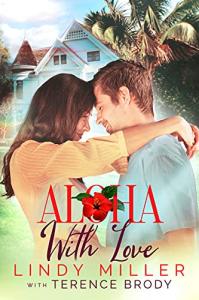 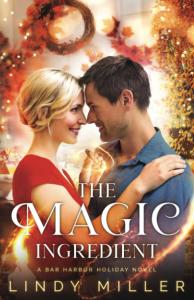 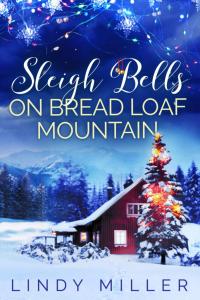 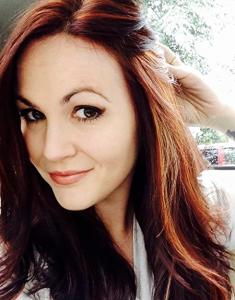 “Aloha with Love” by Lindy Miller to become film

Miller is known for her feel-good romances featuring women who are charting their own destinies by taking charge of the decisions that affect their lives and careers.”
— BookTrib

UNITED STATES, September 15, 2021 /EINPresswire.com/ — The stunning success of Bridgerton on Netflix proved to entertainment executives that there is a huge audience hungering for the hope and solace offered by romance novels. And who better to satisfy that craving in the contemporary space than author Lindy Miller, whose delightful island romance, Aloha with Love, co-written with Terrence Brody, is on its way to becoming a film starring Trevor Donovan and Tiffany Smith, produced by Fade to Black Films, Branscombe Richmond, and Brian Bird of When Calls the Heart (Hallmark).

And now, Oren Kamara and the producers of Aloha with Love have optioned Miller’s book, The Magic Ingredient, as well.

Miller’s collaboration with screenwriter Brody sounds like something out of a romantic comedy—an award-winning author and analytics professor teams up with a New York Fire Department captain and screenwriter to bring a heartfelt story of love and Aloha spirit to the screen. In this case, it’s a professional collaboration that takes romance fans into the heart of ohana, or family, in Hawaii.

Miller is known for her feel-good romances featuring women who are charting their own destinies by taking charge of the decisions that affect their lives and careers. In Miller’s world, love doesn’t just happen—it’s a product of knowing yourself and learning your own worth. Her characters reflect the rich diversity of modern America and the obstacles that real women face.

NEW RELEASE COMING IN TIME FOR THE HOLIDAYS

Her highly anticipated upcoming release, Sleigh Bells on Bread Loaf Mountain, will be just in time for Christmas. Fashion editor Roxanne Hudson decides to head up to her family’s Vermont cabin for the holidays, which might be her beloved grandmother’s last Christmas. Too used to life in New York, Roxanne fails to heed weather warnings on her drive to the cabin. When she hears sleigh bells and something streaks across the snow-covered backroad, Roxanne hits the brakes and spins out. She wakes up in the arms of Mark Foster. The handsome park ranger not only helps Roxanne forget her ex-boyfriend and flailing design career, but his generosity playing Santa to impoverished mountain families helps her remember why she got into fashion: to be a voice for body positivity so everyone can feel beautiful in their own skin. Mark is the opposite of what Roxanne thinks she wants, but will her grandmother’s wisdom and her unexpected connection with Mark be enough to change the course of her future?

In Aloha with Love, Jenna Burke is having a terrible week. It was bad enough she lost a big job opportunity and was breaking up with her long-term boyfriend, but now her beloved Aunt May has passed. She heads home to Hawaii for the reading of the will, only to find out that she and her sisters have inherited Aunt May’s big Victorian with one provision—they must hire local contractor and personal annoyance Ben Fletcher to renovate it. As they work to put the old house back together, Jenna must decide between the life in the city she left behind and the new one she and Ben are building at home.

The beautiful shores of Bar Harbor, Maine is the setting for The Magic Ingredient. As summer tourist season winds down, Eve Silver is struggling to find something to keep her family’s tea shop afloat. She decides to bid on a catering contract for the upcoming Harvest Happening Festival. As she prepares for the festival, she meets widower Jeff Parrish, newly relocated from Manhattan with his 12-year-old daughter, Candy. Their contact sparks between them, but is it enough to inspire Eve to save the tea shop and open her heart to a little romantic magic?

The author is available for interviews to discuss a variety of topics related to her work, such as:
1) Having books adapted to film
2) Diversity/inclusivity in romance
3) Leading ladies who take their destinies into their own hands and find love along the way – rather than romance being the cornerstone of their story.

LINDY MILLER RYAN is an entrepreneur, award-winning analytics professor, and publishing professional. In 2011, Ryan became the co-founder of Radiant Advisors, a business intelligence research and advisory firm, where, as Research Director then Chief Operations Officer, she led the company's editorial and research divisions, and its data enablement practice, for clients that have included 21st Century Fox Films, Warner Bros., and Disney. In 2017, Ryan founded Black Spot Books, an independent small press focused in speculative fiction, which was acquired by Vesuvian Media Group in 2019. Now an accomplished publishing professional, Ryan currently serves on the Board of Directors for the Independent Book Publishers Association (IBPA) and was named as one of Publishers Weekly's 2020 Star Watch Honorees. Ryan is a multi-genre award-winning and bestselling editor and author who writes clean, seasonal romance under the name Lindy Miller, where her books have received numerous awards and been adapted for screen. When she's not immersed in books, Ryan is an avid historical researcher, with specific interest in nautical and maritime history, cryptozoology, and ancient civilizations. She is represented by Gandolfo Helin & Fountain Literary Management, supported by Meryl Moss Media, and is a member of numerous literary organizations, including the Horror Writers Association and the Romance Writers of America.