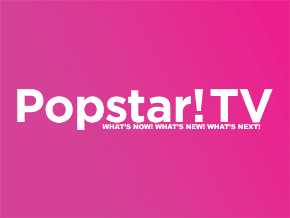 The awards programs will be celebrated in two live-streamed events on July 17 and July 18th, 2021. The Daytime Emmy Awards Lifestyle Programming ceremony will be presented on the Emmy® OTT platform on Sunday, July 18, 2021 at 8 p.m. ET.

“Popstar! TV has seen significant growth over the last two years here in America as well as on platforms worldwide, states Jacob Mayberry, Popstar’s President of Worldwide Productions, as wee are the only truly independent ad-supported channel that offers original comedies, reality shows and dramas produced exclusively for Popstar! TV. It was thrilling to hear of our 14 nominations, led by the critically-acclaimed soap drama, The Bay, which premiered its sixth season on the channel.”

Popstar! TV is proud to be the network presenting the award-winning series, The Bay, which just received multiple Emmy nominations.

Gregori J. Martin, creator, writer and producer of The Bay, agrees, “I’m over the moon with excitement for the show’s writing nomination and all the recognition my talented actors received today in the performer categories. So grateful for all the nominations this year. Thank you to Popstar! TV and to all of this year’s Emmy judges!”

Emmy nominations on Popstar! TV this year include:

OUTSTANDING PERFORMANCE BY A LEAD ACTOR IN A DAYTIME FICTION PROGRAM
Kristos Andrews, as Pete Garrett

OUTSTANDING PERFORMANCE BY A SUPPORTING ACTRESS IN A DAYTIME FICTION PROGRAM
Alicia Leigh-Willis, as Avery Garrett

In addition to the above nominations for The Bay, Popstar! TV also received a nomination for Outstanding Directing Team for a Single Camera Daytime Non-Fiction Program for Saluting Everyday Heroes.

Popstar! TV is based on the wildly successful POPSTAR! Magazine. It is a one-stop shop for exceptional programming, combining original dramas, comedies, movies,

The Daytime Emmy® Awards have recognized outstanding achievement in daytime television programming since 1974. The awards are presented to individuals and programs broadcast between 2:00 am and 6:00 pm, as well as certain categories of digital and syndicated programming of similar content.

This year’s awards honor content from more than 3,000 submissions that originally premiered in calendar-year 2020. The submissions were judged by a pool of more than 1,000 peer professionals from across the television industry.