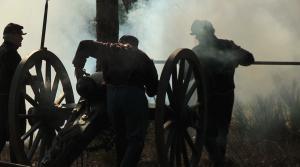 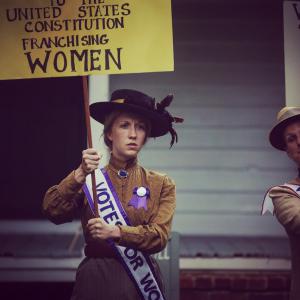 Need period accurate recreations? We've got your past 400 years covered!

Nearly everything you need to tell your story is at your fingertips. We place the greatest events and some of the most important moments of history within reach to anyone, and at almost any budget.”
— Kevin R Hershberger

The company also launched an all-new, streamlined and dynamic website. The site showcases the more than twenty different eras, and 400 years of history offered. In addition, nearly the entire library of footage is now available on-line for potential clients to review and download upon request.

The ever-expanding Reenactment Stock Footage bank of powerful and cinematic military and home-front footage includes everything from Colonial America to the Revolutionary War, the saga of American Slavery, the Civil War, the Wild West, Suffragettes, Prohibition Gangsters and both World Wars.

"Nearly everything you need to tell your story is at your fingertips," claims Kevin R. Hershberger, historian and Emmy-Nominated documentary filmmaker who owns and manages Reenactment Stock Footage. "We place the greatest events and some of the most important moments of history within reach to anyone, and at almost any budget.”

According to Director/Producer Lisa Q. Wolfinger (Co-creator of the PBS series "Mercy Street” – Owner of Lone Wolf Media), “My company specializes in high-end historical docudramas, and we are often faced with the challenge of recreating an epic story on a modest documentary budget. When the budget and ability to conduct a shoot falls short I know I can depend on Kevin’s excellent stock footage of historic reenactments to cover any holes. His in-depth knowledge of all things military and his strong directorial instincts have helped him create an impressive stock footage library and the production quality and level of acting is top notch and will compliment any high-end TV project. I have had no problem seamlessly weaving in his stock footage in our edits.”

With in-person shoots at a recent ebb – as well as with broadcast and independent budgets ever tightening – the company is positioned to offer incredible production-value to meet the needs and budgets of a wide variety of clients from around the World. "Anyone can afford compelling HD and 4K footage from us," adds Hershberger.

New collections even include 4K recreations with intensely authentic costumes, props, special effects and period actors. From intimate historical character vignettes to epic large scale battles, all of the historical collections are shot with expert cinematic composition and lighting. Some of the battle scenes include more than 15,000 authentic re-enactors, cannons and hundreds of cavalry.

It's also now easier than ever to find what you're looking for with select exclusive content from Reenactment Stock Footage now instantly available on Shutterstock and Pond5.

With nearly ‘four-hundred-years-of-footage’ available, the sales and research staff – comprised of highly qualified historians and advisors – is always available by phone and e-mail 24/7 to help with new content requests. According to Hershberger, “Reenactment Stock Footage truly makes history new again.”

About Kevin R. Hershberger
Emmy-nominated director, screenwriter and producer, Kevin R. Hershberger's productions have been awarded more than 70 national and international film festival and industry awards. Hershberger is himself a historian and veteran, having served as a Military Intelligence Officer in the United States Army.