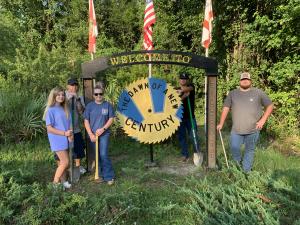 Some of the treasure hunters looking for Crow Cash in Century, Florida 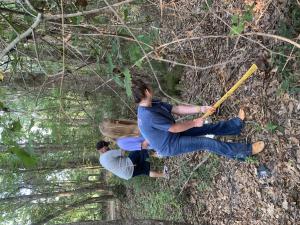 Cash hunters begin to dig in areas Freddie Crow was known to hang around in Century. 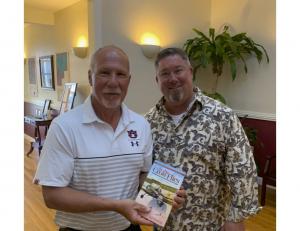 He had so much money that he didn’t know what to do with it. The problem is that Freddie forgot where he had buried them all.”
— Ed Hudson

CENTURY, FLORIDA, UNITED STATES, June 22, 2021 /EINPresswire.com/ — With the rising success of the book “AS THE CROW FLIES; The Redemption of an International Drug Smuggler,” written by retired Special Agent with the Florida Department of Law Enforcement Ed Hudson, treasure hunters are showing up in Century, Florida with shovels and picks in hopes to find PVC pipes full of cash. One of the most daring drug smugglers of all time, Freddie Wayne Crow, grew up and lived in Century, Florida. He was a crop-duster in the area for a while before turning to a life of crime. Crow regularly flew below the radar, just mere feet above the turbulent Gulf Coast waves, hauling plane loads of contraband from Central America back to Northwest Florida. It took many years for Hudson, along with several members of the Drug Task Force, DEA, US Customs agents and Federal Prosecutors, to identify, catch, arrest and convict this skilled, death-defying pilot.

Once arrested and convicted, a friendship formed between the officer and inmate, ultimately leading to Crow changing his life. Crow confessed to Hudson that at one point he had a cash problem, too much of it!

“He had so much money that he didn’t know what to do with it, so he stuffed PVC pipes full of cash, sealed them and then buried them in the woods around his hometown of Century, Florida,” affirmed Hudson. “The problem is that Freddie forgot where he had buried them all.”

Crow never wrote down the locations of the many tubular vaults, and during his incarceration two hurricanes had come through the area and changed the landscaping, moving natural markers such as trees and paths. A few years after his release, Crow was diagnosed with cancer and sadly passed in 2016.

The growing number of treasure hunters has been brought to the attention of Mayor Benjamin Boutwell. While he welcomes visitors to the charming community he adds, ”Come enjoy our beautiful Town of Century and if you dig us, just be sure to get a thumbs up from the landowners and call 811 first!"

Century is a town in Escambia County, Florida, United States. The population is 1,756.

“AS THE CROW FLIES; The Redemption of an International Drug Smuggler” is available through Amazon, Barnes and Noble, other bookstores and gift shops.