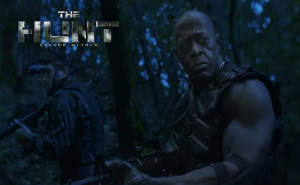 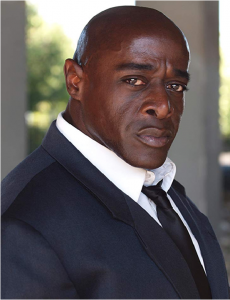 Birth of An Action Movie Star The One To Watch This Year!

At 6’ 3”, 230 lbs, Xango Henry towers over many of his castmates. He was trained under the tutelage of well-respected actors’ coaches, Ruben Moreno, Bobby Chance, Stephen Snyder, and yes, Bill Duke. His masculine acting style is likened to actors Carl Weathers and Bill Duke with Sidney Poitier’s on pointe deliverance, in his film scenes. Henry has over 60 credits in motion picture filmmaking as an actor. His role as the character ‘Steve’ in the soon-to-be-released, ‘The Hunt: The Savage Within’ is this summer’s big release coming out of Hollywood. Directed by Fabien Garcia (of ‘Die Fighting’), ‘The Hunt: The Savage Within’ has well-designed VFX scenes and in-your-face characters that all of us love in the classics ‘Predator’, ‘Alien’ and ‘The Thing’. In ‘The Hunt’, Xango plays a special-ops soldier among a motley crew of warriors battling a formidable alien force. His high-intensity stunts and hand-to-hand combat scenes are dark and edgy with precision discipline that he brings to the character’s story. The ensemble starring cast Madeleine Humphries, Lou Wegner, and Joseph Almani give it up equally alongside Xango with nail-biting situations and a means to survive the mission throughout the motion picture.

Although Xango Henry may not be a household name here in the states, he is internationally known in Europe and Asia as a block-busting action star. Along with ‘The Hunt’, the actor has two films in post-production, and one being announced for this year alone. In addition to his film, and fitness careers, Xango has released his 2021 new music single ‘Dear Son’ out this Father’s Day. Available on all streaming platforms.