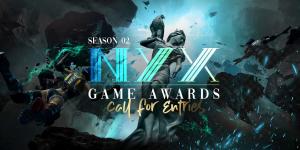 The International Awards Associate (IAA) announced the winners of the 2021 NYX Awards, selecting over 2163 entries from 33 countries.

The International Awards Associate (IAA) announced the winners of the 2021 NYX Awards, selecting over 2163 entries from 33 countries.

In its sophomore season, the NYX Awards was a triumphant one, inviting marketing communications, videography, and game industry professionals to the awards program. “Despite these trying times, it’s very gratifying to see new ideas and concepts in the NYX Awards,” Kenjo Ong, CEO of IAA, said. “The ingenuity of these amazing professionals is the reason why NYX is one of the best international award programs today.”

Grand Jury Panel
This year, 40 professionals of various disciplines from 22 countries formed a jury panel, with some making their return from past seasons. These individuals were well represented in their fields, from companies such as Guinness World Records, United Nations, MindChamps, Responsive Spaces, Hewlett Packard Enterprise, TBWARaad, SEGA, Biba, and many more.

Panelists adjudicate by referring to industry-relevant standards, where creativity, stories, ideas, and effectiveness were in constant consideration. Then, out of the many entries submitted from all around the globe, the winners were selected.

Participation of International Brands
Garnering worldwide interest, the NYX Awards saw names of known organizations from all over the world in its marketing communications, videography, and game list of entries. Some were submitted directly by the companies themselves, such as UEFA, SASSO Agency, PUREBLINK, Naughty Dog, Gameloft, Parnaso, MarketReach whereas some were submitted by entrants who produced works for them, such as Spotify, Google & HMCT Art Centre, Watson, COCA-COLA, YSL Beauty, BBC Studio Events, Infosec, to list a few.

“We’re stoked to see so many great ideas from so many talented individuals,” Ong continued. “It is a sign that while the world is healing, we are still capable of creating new ideas for the world to see. We cannot wait for what’s in store for all of these winners!”

The 2021 NYX Awards is currently calling for entries for its latest season, with a small fee required for administration purposes. This is their time to Be Triumphant today.