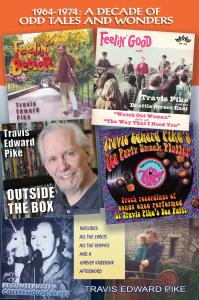 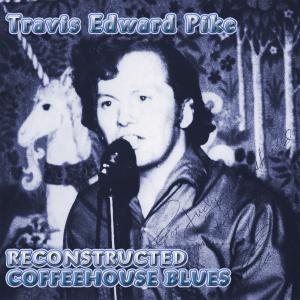 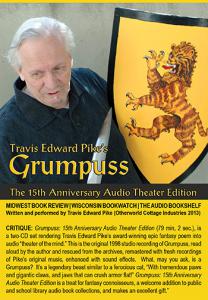 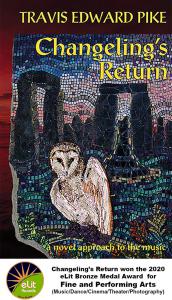 Today, we want to tell you about our eLit Award-winning Changeling’s Return, and share reviews you may have missed, starting with its first in January 2020.

Critique: “A unique literary and musical experience, the paperback edition of ‘Changeling’s Return’ can be significantly augmented by an accompanying CD of the same title that is comprised of eighteen original and thematically relevant musical numbers with a total running time of approximately 53 minutes. Adapted from ‘Morningstone’, a screenplay by Travis Edward Pike, ‘Changeling’s Return’ is unreservedly recommended for community and academic library collections.”

Another very early critique by author, actor, and playwright, Terry Hagerty gave it Five Stars, claiming “Magic, mysticism, and mythology are not the stuff for the meek. Mankind has pondered these three intertwined subjects since he rose up on two legs and contemplated where one ends and the other two begin.

“But Travis Edward Pike has combined magic, mysticism, and mythology in his entertaining new novel, Changeling’s Return: a novel approach to the music, to tell the story of Morgen, an American rock & roll singer, who, right before the start of a sold-out European concert tour with his band, Beantown Home Cookin’, unexpectedly finds himself in an otherworldly village on a journey of personal discovery.

“As the subtitle of the novel implies, music makes up the fourth element of the story, with a CD filled with songs that compliments and enhances the story perfectly.

“A rock star in the 1960s, Travis is well acquainted with the perilous ups and downs of the music industry and that experience shows itself throughout the book. He is also a lifelong student of mythology, and that knowledge is also put to good use.

“A real page turner, with terrific characters and unexpected plot twists, Changeling’s Return is a must read for fans of music and mysticism. And play the CD (bought separately), while you are reading the book, as I did, to amplify the experience.”

And most recently, author and screenwriting Instructor, Richard Rothrock, Motion Picture Institute, Troy, Michigan (2009-2019) wrote, in his review, “Where do ideas come from? Whether writer, singer, painter, or filmmaker, this is the question artists get asked all the time. And if they are completely honest, the answer is they don’t know. Some ideas are random thoughts, some spring from encounters with strangers that evolve into something more, and some arrive fully formed in the artist’s consciousness, as if someone or something injected it directly into the recipient’s brain. And that’s the conundrum faced by Morgen, the main character in Travis Edward Pike’s novel, Changeling’s Return.

“As lead singer of the hot new rock band Beantown Home Cookin’, the sky seems the limit for Morgen and his bandmates…until the stormy night after a concert, when Morgen takes an impulsive joyride in the English countryside, and skids off the road into a ditch. The morning after that cold, wet night, Morgen follows a signpost to Morningstone, a secluded village where the natives appear more like mythical creatures come to life, than humans, the sort that help artists create their greatest works. Before long, Morgen finds himself unconsciously participating in ancient rituals filled with music, dance, and a not-unwelcome ritual marriage to Laura, a beguiling local beauty.

“Regaining consciousness in a speeding ambulance, Morgen clings to his subjective memories even as he tries to sort out his current objective reality. Laura is an enigma. Is she human, goddess, muse, or all of the above? Did he dream her? Does that even matter? All Morgen knows as he recalls his mystical, musical experience, is that he feels compelled to share it with the world. But to do so, he must first convince Beantown Home Cookin’, their skeptical manager Rodney, and all the record label powers-that-be. Is Morgen a pop singer or a prophet? Did he have an out-of-body experience, or is he delusional? And is the 21st century ready for the musical enlightenment he wants to share?

“Author Travis Edward Pike draws on Western pagan mythology, Joseph Campbell’s Hero with a Thousand Faces and the works of Robert Graves, to make his case that the environmental crisis threatening us in this century will require us to reembrace our roots and adopt a way of life more grounded in the rhythms of Nature.

“It is a heavy message for a narrative to bear, but Pike manages to pull it off. He does this by keeping the story grounded in the day-to-day realities of the music industry, and all the machinations it takes to produce an album, the commercial and social factors considered in determining what songs are right for a final LP, and the complicated ways publicity and the music press work together to make a band a household name. Pike knows that world and brings it to life while keeping one eye on reality, and the other on Morgen’s vision. He has created a fantasy that on film promises to be as visually exciting as it is enlightening, and with an equally stimulating soundtrack album, it may not wait long to find its audience.

“In the end, Morgen and his group bring his vision to life in one monumental concert performance in an abandoned English abbey, giving his all to put the music out there. For my money, Changeling’s Return is a work worth both a read and a listen. It might just influence your mind . . . or plant the seed of a new idea that tickles and nags and refuses to go away and allows the cycle to continue.”

And finally, Andy Pearson’s review in his fearandloathingfanzine.com, and a Mike Stax review in Ugly Things magazine and Louis Wiggett’s Four-Star review in Shindig! magazine are all posted on BOOK PAGES AND DVD TRAILERS (otherworldcottageindustries.com).
Changeling’s Return is Pike’s musical fantasy adventure that may be just the tonic the world needs today as we combat a pandemic that threatened us all.

Watch for news about the grand opening of our online store coming soon!

The video clip below is from Travis Pike's 1997 Grumpuss World Premiere Benefit Performance for the UK Save the Children Fund.