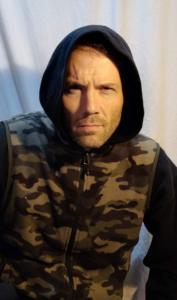 Making his mark in the varied and exhilarating genre of Hip Hop and Rap, KB8 is sending waves throughout the industry with a unique and soul-stirring take on

SUMNER, D.C , UNITED STATES, May 10, 2021 /EINPresswire.com/ — Up-and-coming singer and songwriter KB8 is marking his big break through with a series of fresh and iconic singles that fully encapsulate his unique and memorable musical prowess. Intent on imbuing the genre of Hip Hop and Rap with a soulful and authentic vibe, the budding artist is hoping to create music that is both hip enough to become a favorite and yet unique in essence.

A powerhouse of talent and uniqueness, the growing artist’s upcoming album cryptically titled “WEEPING WILLOW” is a beautiful mix of stunning tracks that narrate his own personal stories, set against a soundtrack that is both exhilarating and electrifying. The new album follows up on the artist’s 2020 debut album titled “KB7KB8”.
Hopeful that he will be able to connect with listeners of his music through piercing and relatable songwriting, KB8 is crafting his musical compositions with much care and raw passion for Rap. The singer’s newest album is also a collection of musical compositions that consist of both catchy and striking potential hits and soft and enlivening singles that underscore important themes and messages. Capturing the critical ideas of karma, growth and change, KB8’s new release and the upcoming album’s first single titled “I’m a piece of s***” is a burning and raw reflection over life, mistakes and experiences that molded the artist into who he is today.

The promising single builds up on the momentum that KB8 created with a string of stunning singles from his last album, including the riveting “STICKS & STONES” and “Shout Outs”- singles that projected his unique vocals.
####

An up-and-coming sensation in the genre of Rap and Hip Hop, KB8 is a rising musical sensation. The talented artist got into music when he was young, being surrounded by a musical family, including his grandmother who was a music teacher.

Growing up, the budding artist took piano lessons and sung in the church choir playing the clarinet and oboe and perfecting his musical tastes and talents. He then began building his own electric studio and started experimenting with his musical leanings, preparing beats over the course of 20 years to encapsulate his own unique taste.
With the onset of the pandemic, KB8 took it upon himself to fully immerse himself into music as a way to focus on himself and discover important things in life, such as growth and love through the power of music.

Currently, along with preparing stunning singles for his upcoming album, KB8 is working on a project self-styled as “Yard Sale”, whereby he films his own music videos preparing his music in a yard sale setting.