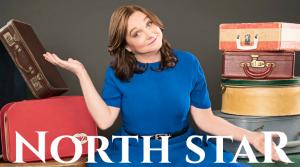 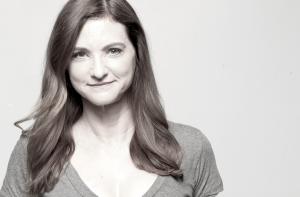 NEW YORK, NEW YORK, UNITED STATES, April 16, 2021 /EINPresswire.com/ — North Star is an autobiographical show written and produced by award-winning New York comedian Lori Hamilton during the 2020 pandemic to chronicle and share her personal story with the world. The making of North Star was a collaborative creation and the show features a rich soundtrack with contributions from many award-winning, renowned musicians. North Star will live stream with theSpaceUK's Season 3 in collaboration with Brighton Fringe between 27 May and 6 June. To purchase tickets, visit Hamilton's listings and ticket information page.

Known by the mum as “the child who ruined my life,” Hamilton has transformed her heartbreak to happiness.

North Star is about charting a way through life’s tragedies, calamities and pitfalls to eventual happiness. A one-woman show full of insight, humour and song features flawed, quirky and often funny characters; even her guardian angel is on probation due to a poker problem. The show follows Lori’s journey from an early life with a father addicted to prescription drugs, followed by a husband who punched holes in walls, through to becoming an award-winning actor, singer and comedian.

Lori Hamilton grew up just outside of Northern California and attended UCLA, where she studied Linguistics and Modern British Drama. Lori has written and produced over 150 short films, created and performed four one-woman shows, including a much-lauded tour with the National New Play Festival in the United States. Her talents have earned her 52 awards for creative and writing excellence, including 5 Best of Shows. To see more of her work visit TheLoriHamilton.com.

“…one heck of an actress – the girl could dance … this girl could sing too.”
– Go Go Magazine, Denver