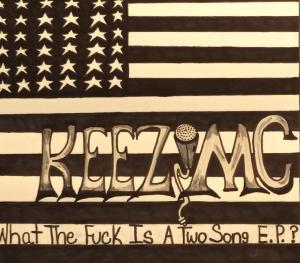 RENO, NEVADA, UNITED STATES, January 18, 2021 /EINPresswire.com/ — Keez MC is a hip-hop rap artist coming to listeners from the happening and active music scene in Nevada. Keez believes in originality and non-conforming lyrics that use fresh hip-hop sounds to create something excitable and dance club-worthy for listeners.

‘What The F**k Is A Two Song E.P?’ is Keez’s latest music project that contains two songs, as clearly said in the album title. The songs “I’m Next Up” and “Gold Finger” is a collaboration between Keez MC, Zive Lion Eye, and B.I.M.B.

Keez’s talents have always gained praise, which is evident with the success of his singles. His most popular single till now is “I Gets Busy W.O.C,” which has over 200,000 streams on Spotify alone.

‘What The F**k Is A Two Song E.P?’ has the potential to become a favorite among fans of hardcore hip-hop and rap. This album takes on a life of its own with entertaining hip-hop tunes and narrative style rap.

Check out Keez MC and show support by buying and download his new music. Listeners can also follow the artist on social media for all the latest updates. To contact him for interviews, reviews, and collaborations, use the information given below.

Keez or Keez MC is a hip-hop rapper who was raised in Harlem but lived in the Bronx. The artist has been in the music industry for over ten years now, creating fresh hip-hop music that no one can resist listening to on repeat. Several of his songs have hit the club charts, and his music albums have also won Keez awards like Akademia Music Awards and Poze Productions Awards. His growing fandom and talent can predict a bright future for this rising star.