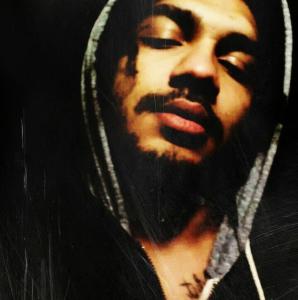 JOLIET, ILLINOIS, UNITED STATES, January 6, 2021 /EINPresswire.com/ — Music is an expression. It serves as a tool for many to express what mere words never could. For others, music is a way to make something for themselves with their expression. Eric ‘OxNxExZ’ Heard is someone who has used his passion for music to make a better life for himself and his family.

Life comes with many struggles, and Eric Heard had faced more than his fair share. After growing up in a difficult environment, Heard vowed to get his family out of their circumstances. After seeing his idols rise out of their own difficult circumstances, Eric Heard was motivated to use his passions to get somewhere.

Even as a child, he saved and struggled to be able to pursue his dreams. After starting music at the tender age of 12, Eric Heard struggled to make his name known and his music heard. Soon after he began the Hooded Mask Man company in 2006, he was putting every minute of time into pursuing his dreams despite every obstacle in the way.

As of 2020, Hooded Mask Man is now a legitimate company that has since released the first single from OxNxExZ – ‘Since Then.’ The song originally supposed to be named ‘Brief’ is a glimpse into the life of Eric Heard. It offers context to the artist who has created the company and a stunning single.

The song, ‘Since Then,’ released on October 31, 2020, is an ode to the artist OxNxExZ’s brother. The single and more music is available on the official website as well as other major streaming platforms.

Eric OxNxExZ Heard is upcoming hip-hop and rap artist from Joliet, Illinois. From a young age, the artists viewed his passion for music not just as a means of expression but a way to bring himself out of his difficult circumstances. Driven by passion and motivated by his idols, Eric Heard has struggled in the industry to make the music he has today. As of today, he owns the music company Hooded Masked Man and plans to produce music and join a union.