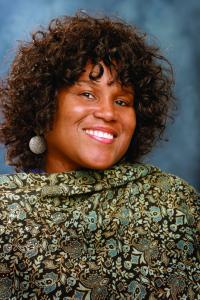 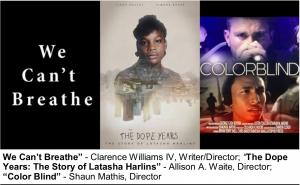 Witness the visual statements about of Justice in our world with screening of select Social justice films. Enjoy a virtual fan favortie “Soul Food & Films”

It is vital to BHERC to provide as many platforms and outlets as possible to give voice to our filmmakers to share their stories on the diverse, moving and definitive issue of social justice .”
— Sandra J. Evers-Manly, President & Founder BHERC

LOS ANGELES, CA, US, November 27, 2020 /EINPresswire.com/ — The Black Hollywood Education and Resource Center (BHERC) will screen selected Social Justice films from the 26th Annual African American Film Marketplace & S.E. Manly Short Film Showcase (AAFM SEMSFS) on Saturday, November 28, 2020 at 4:00PM (PDT) online at www.BHERC.TV followed by a Q and A moderated by Sandra J. Evers-Manly, BHERC President and Founder. The festival has been attended by and entertained more than 6000 attendees from across the globe. This weekend is the last opportunity to view the on-demand industry panel and screenings “Black Filmmakers On Social Justice”, events and view the 140 curated films of the festival with stories from all genres. This closing weekend of the 2020 virtual month-long festival will also feature a virtual “Soul Food & Films” Closing Celebration Event Sunday, November 29, 2020 5:00PM (PDT).

BHERC is proud to bring you diverse voices, perspectives, statements, and stories on one of the most prominent topics of the day. Social Justice. This issue dominates the headlines of every city around the world. BHERC felt it important to spotlight some of the films and bring them to a wider audience. The films featured during the panel and screening are:
“Color Blind” – Shaun Mathis, A remorseful police officer struggles to cope with the fact that he mistakenly killed an unarmed teenager while trying to make amends with his wife and the teen's mother;
“The Dope Years: The Story of Latasha Harlins” – Allison A. Waite, Director, The story of Latasha Harlins as told by the women closest to her. A personal retelling of the life and death of Latasha Harlins, the forgotten spark igniting the Los Angeles uprising of 1992, popularly known as the LA riots;
“We Can’t Breathe” – Clarence Williams IV, Writer/Director, A young couple clashes in the wake of a racially charged murder committed by a police officer.

Other Social Justice films featured in the 2020 film festival include:
The Moore Project – A documentary that two social activists looking to influence change in their small Mississippi community with a deep racist past; Matter – A resurgence of the Black Lives Matter movement; #BeforeYouShoot – An emotionally, thought-provoking documentary that humanizes the lives of Black Men in America to Law Enforcement, Media and Society;
January 14th – A young college student is consumed by the news of police brutality in the states unfortunately finds herself dealing with the same issue in the country she calls home;
6:59 – A young couple’s anniversary takes a bittersweet turn when a police officer pulls the husband over on a questionable traffic stop. Inspired by true events;
It Can Happen To You – Based on true events that happened at a Philadelphia Starbucks in April 2018 leading to the arrest of 2 black males;
Never Too Late – Victor experiments with time travel, with hopes of saving his son from his untimely demise.
Watch these and othe films at www.BHERC.TV

Ticketing
Festival passes are available online at www.bherc.org. $75.00 for a full Festival Pass, $25.00 for a Day
Pass and $10.00 for a block of 5 films. All panels and special events are free. The Festival ends Sunday, November 29, 2020. Get tickets at www.BHERC.TV.
For more information about BHERC and its programs log on to www.bherc.org.

More About the Festival
An inclusive festival of 140 plus diverse films from all genres that presents the opportunity to share, learn and gain inspiration to meet the challenges facing the world to today and panels to inform, educate and give insight into the entertainment industry from top professionals and executives in the business. In addition to the 18 countries represented at the festival, filmmakers hail from over 20 US States and 40 Cities. Festival participants may sort and select films by genres that include: Action, Animation, Comedy, Documentary, Drama, Historical, Horror, Inspirational, Music, Romance, Sci-Fi, Spoken Word, and Thriller. They may also explore by topics such as Art, Diversity, Family, Faith-Based, LGBTQ, Mental Health, People with Disabilities and Social Justice. The festival also plays host to young filmmakers from Film schools such as: Academy of Art, Florida State University, High Definition Film Academy, Loyola Marymount University, New York Film Academy, Oral Roberts University, University of California Los Angeles, and University of Southern California.

About BHERC TV
In February 2020 BHERC launched BHERC TV a leading world-wide provider of narrative and documentary short films about the African American experience, as well as content from across the diaspora and diverse populations. Offering an affordable streaming entertainment service with paid memberships in over seven countries, BHERC TV members enjoy a wide variety of genres and languages and may watch as much as they want, anytime, anywhere, on any internet-connected screen. Film lovers can play, pause and resume watching without commercials. Find out more on BHERC.TV

About Black Hollywood Education & Resource Center
Founded in 1996 by Sandra Evers-Manly, BHERC is a nonprofit, public benefit organization designed to advocate, educate, research, develop, and preserve the history and future of African Americans in film and television. BHERC programs include film festivals, mentoring, book signings, script readings, film and animation contests, scholarships, and other programs and special events. BHERC recognizes the contributions of African American men and women in front of and behind the scenes in the entertainment industry.