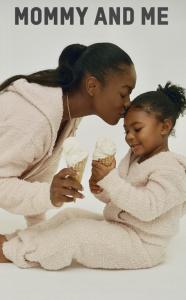 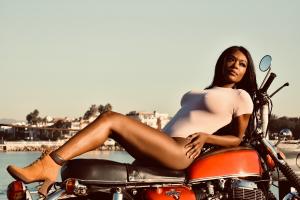 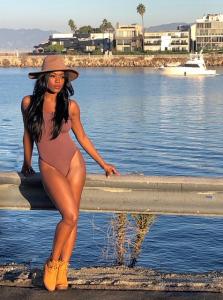 Jerome Benton ,from iconic music group MORRIS DAY AND THE TIME and Ciarra Carter pose for SKIMS By Kim Kardashian. 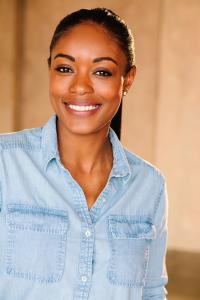 The line is a mother and child lounge set in which she shot with her baby daughter named, LOVE Goldsby for the mother and daughter set which launched Nov. 19th.

LOS ANGELES, CA, UNITED STATES, November 24, 2020 /EINPresswire.com/ — Ciarra Carter is an actress and New Style Supermodel. Named, "The NEW, Supermodel”, Ciarra is currently very proud to be a super top fit model for two of the most popular brands in the world today, Kim Kardashian's amazing SKIMS Line and Khloe Kardashians wonderful Good American swim brand. Recently, she shot for Kim Kardashians SKIMS Cozy Mommy and Me line. The line is a mother and child lounge set in which she shot with her baby daughter named, LOVE, for the mother and daughter set which launched Nov. 19th.

“I’m proud and humble to be able to have the successful career that I have. I am so thankful for the opportunity to part of this launch and have no doubts it will be very successful," states Ciarra Carter.

Ciarra is one of the behind the scenes body’s for top brands in the world while lending her one of a kind body fit to these iconic companies, helping provide the perfect fit to their customer. She has also been a spokesmodel for energy drinks and premier jean companies. Ciarra is also a super top fit model for some of the leading brands in the world, which says a ton since the fit model profession goes mostly unknown outside of the fashion world but is paramount to the success of the industry of fashion. Some may even go as far as naming fit modeling the “underground secret blue print”.

"I have been able to not only be a supermodel, but also a role model. My work is about showcasing positivity and when I am told from others they see that in my work, I know I am doing something right," states Ciarra Carter.

Ciarra’s graced many print campaigns for some of the top clothing brands in the country. She's been in national tv Commercials for some of the most iconic car brands, beverage and food lines, and Insurance companies to name a few, all the while starring in movies. Ciarra is an actress who’s been on the big screen and the small screen in motion pictures and television programs. Catch her in her latest film, “A Christmas for Mary” airing December 8th on the OWN NETWORK which is just in time for the holidays (check your local listing for schedule and times.) Ciarra also stars in the lifetime film “The Wrong House Sitter” that is currently playing on the network. She plays a detective in her next lifetime thriller starring and produced by Vivica A.Fox, Directed by David Decoteua, and set to air on lifetime (Dates TBD) .

Ciarra is currently shooting another film, “Divorce Bait”, and has just landed a lead role an upcoming film Exceptional Beings” (Writer / Producer Njedeh Anthony ) which begins production in January 2021. Ciarra the Actress /New Style Supermodel is full of wonderful surprises and great projects are sure to come. You need to be on the lookout for this start talent and see her whenever you can. Keep her on your watchlist.