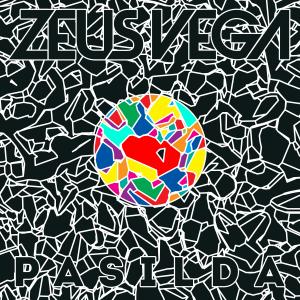 Grammy nominated producer Chris Cox is at it again. Coming off the success of his last album Time Machine, in 2019 Cox has taken his sound to a new level working with a collective group of vocalists and singers in which he produces under the moniker Zeus Vega. The first Single Dale Huevo takes heavy Latin fusion from the 90’s house scene and remixes it with hard hitting club sounds of the Latin music scene of New York, Miami, LA. The second single Pasilda shares in the same flavor and vibe and sets the tone for a sexy tropical getaway with a passion and flare.

Cox says “ I am really excited with what we are creating as a collective. Musically it has been really fun tapping into the sound and vibe of 90’s house music. The Latin scene in New York, Miami, Los Angeles and the Bay Area shaped the percussion and riffs that I would later use in Thunderpuss productions. Our second song, The song “Pasilda” is one that’s very dear to my heart because it was a major house song the same year that I started touring and traveling the world, particularly the Latin countries. There is a feeling that comes over you when you are with a group of people and a magical song comes on… It’s as if the entire room falls in love! Since DJ touring and pool parties got unfortunately sidelined this year, I was yearning for that feeling and wanted to capture that emotion again."

Each record that is produced by Cox for the Zeus Vega collective comes with specific art and meaning attached. Cox continues “I have been working with visual artist Andrei Mignea who designed the art for this single, his talent and design never cease to amaze me.”

Mignea says “"When designing the artwork for the Zeus Vega Collective, I wanted to make art that inspires, motivates, and is meaningful. With the Pasilda cover, I created a piece that speaks simply to this moment that we are in right now. One beautifully multicolored world, in a universe of chaos. Together we are bright, we shine. Separated, we are nothing. We are more together and more apart at this moment than ever in our history. We just need to step back and see the bigger picture sometimes, and hopefully we see how small, yet beautiful we are."

This is the second of many songs to come with plans for an EP and feature album. You can listen to the song here. "Pasilda” Single

For more information about the project please see below links

About Chris Cox:
After creating hits for some of the biggest global superstars in music and after sharing the stage with some of the biggest stars in the DJ community Chris Cox has established himself as one of the most respected and sought after remixers and club DJs in the world. He has produced platinum records for Christina Aguilera, Britney Spears, Jennifer Lopez, Madonna and many others. He has been part of over 60 Billboard number 1 hits. He is a Grammy award nominated music producer and his music can be found on Spotify, Apple, and Amazon Music.