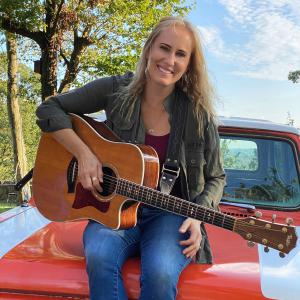 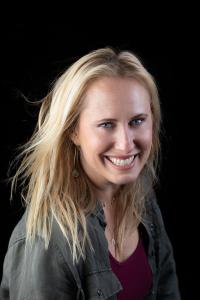 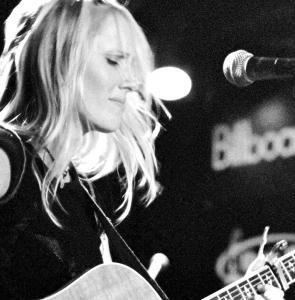 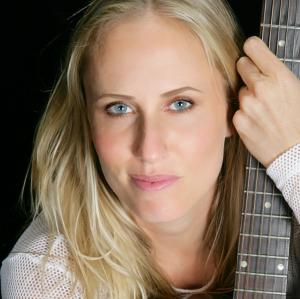 NEW YORK, NY, USA, October 20, 2020 /EINPresswire.com/ — Award-winning singer-songwriter Elza Libhart (https://elzamusic.com) knows all too well how divided Americans are right now. Nonetheless her new song, “Welcome to America,” personalizes the challenges that so many millions are facing while encouraging Americans to come together to create a brighter future.

Please share this HyperFollow preview link to allow social media users to follow the song when it becomes available on all major music download and streaming services including Spotify, Apple Music, YouTube Music, Amazon Music and others.

“I was inspired to write “Welcome to America” at a time in my life when I was a struggling musician married to a carpenter and we were paying down student loans and paying for our own health insurance—it seemed nearly impossible to get ahead. At that time, I was starting to perform in colleges and house concerts and got the opportunity to visit nearly every state in the U.S. I noticed similar things that many Americans struggle with. I felt compelled to write about it.”

Fast forward to this year when the pandemic hit and Elza, now an established indie artist with more than 40 songs licensed to television and film, was helping to mentor and promote a young breakthrough artist, fellow-singer songwriter Devin Marie (who was featured in Doritos’ extraordinary “Amplify Black Voices” commercial which aired during the BET Music Awards).

Elza was contacted by Just One Step For Democracy (https://JustOneStepForDemocracy.com), a get-out-the-vote coalition of Broadway and Hollywood musicians, actors, producers, writers and directors. The group wished to license a song of hers that would inspire folks to get out to vote.

“I remembered Welcome to America, a bonus track that I did not include with my second independently released album Gettin’ Free—the track was just sitting in my computer,” said Elza. “So, I opened it and re-wrote some of the lyrics to fit the present moment. The most important lyric is, ‘Rather than fear let’s be united and make a place where everyone belongs.’”

Next, Elza reached out to Gary Gray, Telly award winning producer for TV and film. “We discussed the song with Arnetia Walker, a veteran Broadway actor and founder of Just One Step. We decided to bring in top-flight singers from around the country including Charise 'the singing flight attendant' Miles (internet sensation), to take the track even higher. The track came out beautifully,” said Elza.

The video of Welcome To America also is available on the Just One Step For Democracy website and on Elza's YouTube page.

Elza hopes that the song will help inspire Americans to come together to solve the issues facing so many of us and create a brighter future. “Americans are resilient, and we are a wonderful melting pot of cultures and I believe we are so much stronger together than divided.”

Becoming a mother to twins and going through a health crisis have clearly strengthened and deepened Elza’s passion for songwriting. “After I made it through a difficult health challenge, I started writing my best material,” she said. Her song, The Other Side came out of that period and it won the international music licensing contest which led to her work with Telly Award Winning TV and Film music producer, Gary Gray. “It’s as if the floodgates, blew open. I enjoy writing songs about real people, real feelings, hope, joy, sadness, faith, strength—songs that help us understand our vulnerability and our strength as we go through life’s ups and downs. She points to her songs including The Other Side, Someone for Everyone, Unraveled, and You Are With Me as good examples (these can be heard exclusively on SoundCloud).