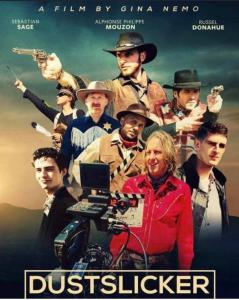 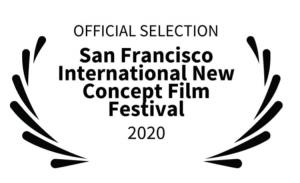 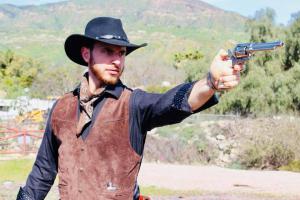 We are so excited to be selected and shortlisted in this acclaimed festival.”
— Gina Nemo

Written and directed by Gina Nemo and starring Alphonse Philippe Mouzon and Russel Donahue, the film is set in a modern-day world where the cast for a low budget film is left in a strange location for a method acting exercise before the real film shoots. A few actors want to make it feel like they live in the Wild West, and things go terribly wrong.

“We are so excited to be selected and shortlisted in this acclaimed festival,” said Gina Nemo. “We hope that through this exhibition and celebration of work, that the discussions of indie films, and solo endeavors, will continue to open the eyes to the grit we all embody in creating works of art on the silver screen.”

In 2020, DUSTSLICKER has already received accolades from the independent film industry: