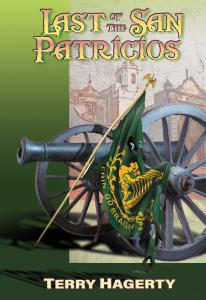 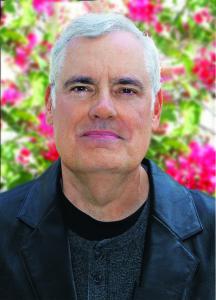 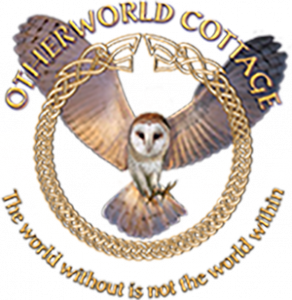 Two Irish survivors of the Mexican-American War, bamboozle, gamble and gunfight their way to Monterey, California, where an uncertain fate awaits them.

Irish-born Sean Mulcahy and Michael Lonergan are two of the last surviving members of the St. Patrick’s Battalion, better known as the San Patricios, an elite artillery unit in the Mexican Army during the Mexican-American War, mostly made up of brutalized Irish and Catholic deserters from the American Army. After the war, Sean and Michael wander Northern Mexico and the American West, scraping by with honest (and sometimes not entirely honest) opportunities — until one day, in 1879, they come across a Chinese family, murdered on the dunes, south of the ruins of the Carmel Mission, and an eight-year-old Chinese girl, who, for some reason, had been left alive.

They take the girl to Monterey, where they discover the town marshal is an old comrade-in-arms from the Mexican-American War, Roberto Fuentes, who tells them about the anti-Chinese feelings that exist in California, which reminds them of the anti-Irish prejudice they had to endure, when they first arrived from Erin.

The story builds to a dramatic shootout back at the Carmel Mission, or as Sean declares in his own inimitable way:

In the San Jacinto Plaza in the San Angel District of Mexico City, there hangs a commemorative plaque, placed there in 1969, which reads (in Spanish, of course), “In memory of the Irish soldiers of the St. Patrick’s Battalion, martyrs, who gave their lives to the Mexican cause in the United States unjust invasion of 1847.”

The novel is a work of fiction, set in the very real world of Mexico and the American West in the Nineteenth Century. Sean Mulcahy and Michael Lonergan are not based on real people, though many of the characters they come across in Mexico and Monterey were real, including John Riley, the commanding officer of the San Patricios, and Robert Louis Stevenson, who had spent the last months of 1979 in Monterey on his way to San Francisco. Certainly,, the anti-Irish, anti-Catholic prejudice of the 1840s and 1850s and the anti-Chinese prejudice of the 1870s, 1880s, and into the Twentieth Century, were also very real.

AMAZON REVIEWS USED WITH PERMISSION OF THE REVIEWERS:

5 Stars — Enjoyable, Easy Read
"Last of the San Patricios is an historical adventure with just the right amount of humor. It follows two friends as they try to survive the Wild West. The story sets the scene so well, it feels like the reader is there. It read quickly and was very enjoyable. Definitely recommend."
— Kia Hellman, author of "Kemo."

4 Stars — A fun adventure in the tradition of John Jakes
“Hagerty clearly knows his history. The characters are fun and witty. There are cameos of historical figures from Zachary Taylor to Robert Louis Stevenson and enough twists and turns to keep readers wondering what will happen next. It’s a timely tale that balances message and storytelling to produce a well-done and entertaining read! Please check it out.”
— Richard Rothrock, author of "Sunday Nights with Walt"

Born and grew up in Northwest Indiana, Terry Hagerty is a writer by vocation, an actor by inclination, and a lifelong student of history through an abundance of curiosity. In addition to being a novelist, he is also a prolific screenwriter, playwright, short story writer, and sometime poet and lyricist, as well as the author of a children’s book, "Rosemary Potatoes & Her Three Bears."