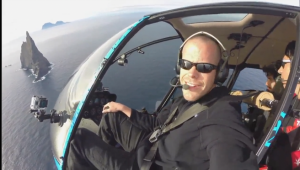 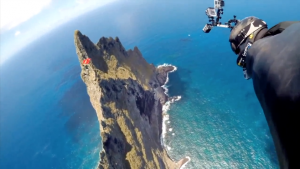 Jeb Corliss: A walking, talking, flying legend! The most impossible base jumps , wing-suit flights and videos that make you say WOW!

When you mention Jeb Corliss you think of extreme flying . Corliss has successfully performed the craziest most hardcore, impossible base jumps in wingsuit flying history, he's a walkin' talkin flyin' legend, and has no stop button on him! He's has amassed 1,000's of base jumps & wingsuit flights in a 20 year+ career in skydiving, sponsored by the coolest brands in the world like GoPro!
Corliss sat for a minute & Zoom'd with FabTV's Fernando Escovar (skydiver) about his latest jumps. FabTV.com #FabTV