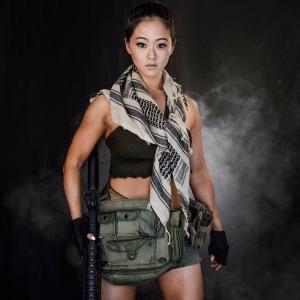 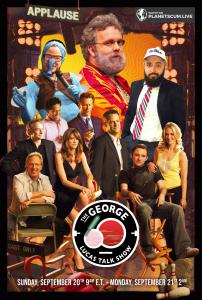 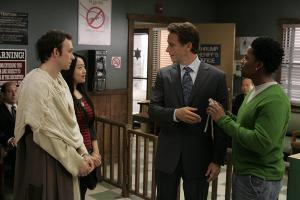 This was such an epic show to be part of!”
— Julia Ling

LOS ANGELES, CALIFORNIA, US, September 18, 2020 /EINPresswire.com/ — Actress and filmmaker Julia Ling will make a guest appearance September 20th, 2020, on “The George Lucas Talk Show” to help raise money for the charity “Broadway Cares.” Ling’s appearance will be during a livestream marathon of the first season of “Studio 60 on the Sunset Strip” during the episode “Nevada Day: Part 1” in which Ling plays Kim Tao. This is the first episode where Ling’s character appears, and she has a reoccurring role throughout the season. She will be joined by Michael Kostroff, who also appeared in the episode. The episode will stream live on Sunday, September 20th, at 10:45 am PST/1:45 pm EST. The marathon livestream begins at 9:00 am EST at planetscum.live.

Ling is thrilled to be part of this livestream charity fundraiser. “This was such an epic show to be part of,” She exclaimed, “I had a lot of fun on set, and it’s exciting to have this reunion to help raise money for charity!” Her other charitable causes include co-founding production company Veteran Powered Films with producing partner Micah Haughey. Veteran Powered Films creates opportunities for veterans by hiring and casting them and promoting their businesses and organizations. Their mission is to help veterans transition back into civilian life, and give them strength and a helping hand, especially if they’re struggling with mental health challenges.

“The George Lucas Talk Show” is hosted by Connor Ratliff, in character as George Lucas, and Griffin Newman, playing the Star Wars character Watto from Episode I: The Phantom Menace. The show was recently dubbed “the internet’s coolest talk show” by the website Comic Book Resources. They have previously hosted livestream fundraisers for charity, such as the complete Star Wars moving marathon that raised over $20,000 for Upright Citizen’s Brigade staff affected by Covid-19 layoffs.