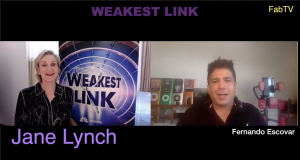 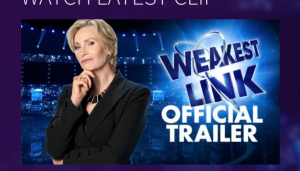 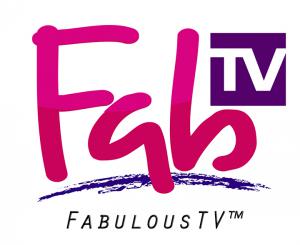 The baton has been passed to Jane Lynch! It's now time for NBC's reboot "Weakest Link" ”
— David Palmer

HOLLYWOOD, CA, UNITED STATES, September 18, 2020 /EINPresswire.com/ — It's like "Survivor" meets "Who Wants to Be a Millionaire", NBC is rebooting "Weakest Link" hosted by Jane Lynch.

The network has unveiled our first look of the reboot of the beloved game show, debuting later this month. Weakest Link sees contestants answer general knowledge questions to accumulate prize money up to $1 million over multiple rounds, with "chains" of consecutive correct answers increasing the amount of money that can be won. At the end of each round, the contestants vote to remove one player, dubbed the “Weakest Link" ,from the game.

The Weakest Link originated in the U.K. and spawned many international versions, including an American version that aired on NBC from 2001 to 2003. The new version will remain true to the original, just a brighter better looking set.

Fernando Escovar of FabTV spoke with Jane about her 2nd game show job.

"Will you be tough? Double-crossing contestants? Sure," Lynch teases in the interview with Fernando. The trailer showcases the game in action, along with Lynch's witty hosting style and of course, features (Anne Robinson's) iconic phrase: "You are the Weakest Link. Goodbye."