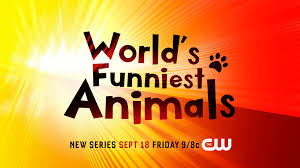 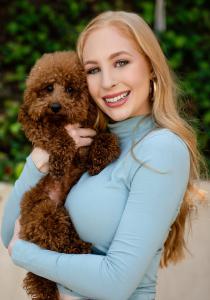 The new series will be hosted by Elizabeth Stanton and will premiere on The CW at 9 p.m. EST on Friday, September 18.

LOS ANGELES, CA, UNITED STATES, September 17, 2020 /EINPresswire.com/ — “World’s Funniest Animals” is an upcoming American video clip television series produced by Associated Television International. The new series will be hosted by Elizabeth Stanton and will premiere on The CW at 9 p.m. EST on Friday, September 18. The show will feature Stanton and a celebrity guest panel as they take a look at animals doing the funniest things ever caught on video.

The series will include viral internet clips of funny animal moments, hilarious animal clips from major motion pictures and your favorite TV series, animal outtakes that surprise the whole cast and crew, videos of babies and pets as well as celebrities and their pets.

On May 14, 2020, The CW announced that in light of television production suspending across the United States on account of the COVID-19 pandemic, the network would be pushing its new season to January 2021 and would be airing acquired and encore programming in Fall 2020 instead. This gave rise to World's Funniest Animals as the series comprises mainly of a compilation of comic animal clips from various sources and thus is easy to be produced remotely, in its majority. Shortly after, it was announced that the series would be hosted by Elizabeth Stanton. On August 17, 2020, it was announced that the series would premiere on September 18, 2020.

Actress, host, and worldwide spokesperson for Popstar!, Elizabeth Stanton has been a world traveler her entire life, experiencing the culture of Europe, the wonders of the Far East, and the natural beauty of remote destinations. She started hosting “Elizabeth Stanton’s Great Big World” at the age of 15, and it was watched in 90% of the United States at its peak and is the top-rated show on FOX affiliates nationwide. In the show, she travels the globe with her celebrity friends exploring other cultures, learning about history, and finding opportunities to help those in need, while shedding some light on what others less fortunate are dealing with. The show featured stars like Bailee Madison, Jake T. Austin, Gregg Sulkin, and Garrett Clayton, and filmed in places all over the world, from the USA to Nicaragua to Paris to Beijing. She continues to film new episodes of Great Big World, which has been running for nine years and this is now the 10th year in which it continues to remain strong.

Elizabeth is very passionate about giving back and is a supporter of Marines Toys for Tots Foundation, donating thousands of toys to the organization over the last few years. In addition, she has donated money earned from her show to the homeless men, women, and children of Los Angeles, ultimately helping to feed over 4000 families in Los Angeles for two months. Earlier this year, Elizabeth teamed with Buca Di Beppo to distribute 10,000 meals between Los Angeles and New York to healthcare frontline workers during the COVID-19 pandemic.