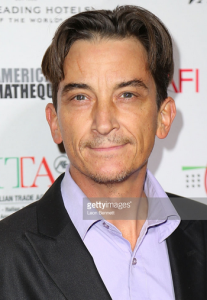 " I respect Shauntiel because she would rather be known as a talent agent that is dedicated to hard-working actors.”- Ralph Brekan

The Arizona based artist, designer, and filmmaker residing in Los Angeles states, “I'm thrilled Shauntiel's firm chose to represent me as a performer here in Hollywood. SLA represents Artists working in the Film, Television, Commercial, and Print Modeling Industry. What I respect and admire about SLA is Sauntiel is not interested in being the biggest talent agency with the largest roster of talent in Hollywood.”

Ralph goes on to praise Shauntiel's history and value the authenticity she has produced through her agency. Ralph states, “Not having very many opportunities growing up, Shauntiel knew when she was an adult that she wanted to create opportunities for other people to have better lives. I respect Shauntiel because she would rather be known as a talent agent that is dedicated to hard-working actors.”

Ralph is also a featured Saatchi Gallery Artist as well as the head of the world-renown Brekan Arts International, which serves as a creative polymath offering exceptional consultancy for mass media agencies, production companies, and studios. Brekan Arts International produces content for viewing in cinema theaters or on television. They produce programs for broadcast via over-the-air, satellite, cable, advertisements, and trailers. Having regard to Ralph's long list of outstanding achievements, it is without a doubt that he will make a great fit with Shauntiel Lindsey Talent Agency and prosper with the agency. Ralph concludes by stating, "With mutual respect, Shauntiel works very closely with talent like myself to provide a personalized environment designed to foster long term relationships and career-building opportunities."