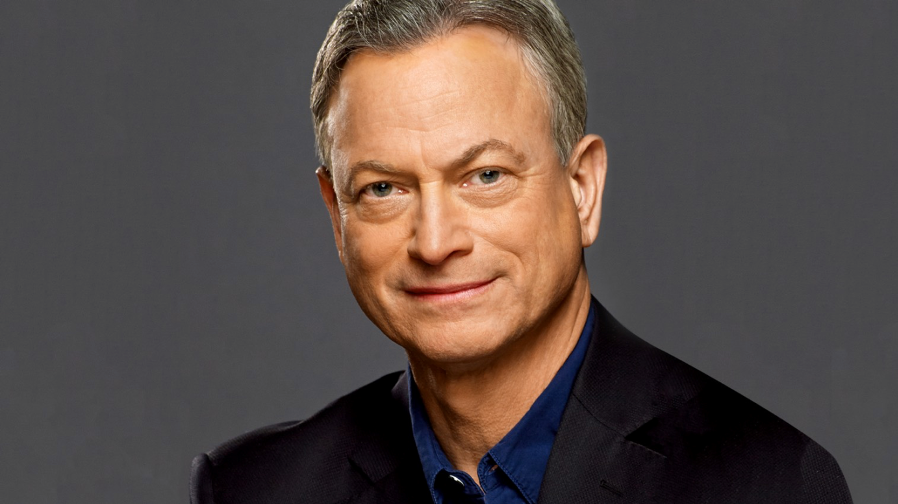 Actor Gary Sinise, will receive the Humanitarian Award at the 7th Annual LMGI Awards on Saturday, October 24, at 2p.m. PST during a virtual ceremony.

Emmy®-winning and Oscar®-nominated actor Gary Sinise, who established the Gary Sinise Foundation with the mission to serve and honor America’s defenders, veterans, first responders, Gold Star families and those in need, will receive the esteemed Humanitarian Award from the Location Managers Guild International (LMGI) at the 7th Annual LMGI Awards. Celebrating the theme “2020 Vision: We See It First,” the 2020 Awards will honor the exemplary commitment that Sinise and his foundation have made to give back to those who sacrifice for our nation and create a legacy of service. Hosted by actor Isaiah Mustafa, the Awards will be held on Saturday, October 24, at 2:00 p.m. PST during a virtual ceremony. The announcement was made today by LMGI President Mike Fantasia and Awards Co-chairs Lori Balton and John Rakich.

Awards Co-chair and former LMGI President Lori Balton said “The LMGI proudly salutes Gary Sinise. We are humbled to help shine a light on the impact he and his foundation make on our military, veterans and first responder communities that they serve. In the turmoil of today’s world, those men and women who make such great sacrifices deserve our honor and are too often forgotten.”

As previously announced, Oscar-winning director Spike Lee, whose films have reflected significant cultural and historical content with the highest quality, will receive the acclaimed LMGI Trailblazer Award honoring the groundbreaking spectrum of Lee’s extraordinary award-winning work over the past three decades.

The LMGI Awards honor the outstanding and creative visual contributions by location professionals in film, television and commercials from around the globe. The LMGI Awards also recognize outstanding service by film commissions for their support “above and beyond” during the production process. This year, in response to the COVID-19 pandemic, the 7th Annual LMGI Awards breaks with tradition and will be presented on a digital platform, streaming to a worldwide and more inclusive audiences.

Gary Sinise’s stage, film and television career has spanned more than four decades. His performance as Lieutenant Dan Taylor in the landmark film Forrest Gump garnered him nominations for Academy®, Golden Globe® and Screen Actors Guild® Awards, and earned the Commander's Award from the Disabled American Veterans. It also formed an enduring connection with servicemen and women throughout the military community. Other film credits include Apollo 13, Ransom, Snake Eyes, Impostor, The Green Mile, Mission to Mars and The Human Stain.

His most recent film and television work includes I Still Believe, Good Joe Bell and the Netflix series 13 Reasons Why. Sinise has starred as Jack Garrett on the series Criminal Minds: Beyond Borders, and for nine seasons as Detective “Mac” Taylor on the hit series CSI: NY. Sinise is an Emmy, Golden Globe, and two-time SAG Award winner for his roles in Truman and George Wallace. He also received a SAG Award nomination for his role in The Stand and a star on Hollywood Walk of Fame from the Hollywood Chamber of Commerce.

For nearly 40 years, Sinese has stood as an advocate on behalf of America’s service members, including his work on behalf of the Disabled American Veterans organization. Following the attacks of September 11, 2001, his dedication to our nation’s active duty defenders, veterans, first responders and their families has become a tireless crusade of support, service and gratitude for all those who protect our freedom and serve our country. Sinise served as the national spokesperson for the American Veterans Disabled for Life Memorial and raised funds for the Pentagon 9/11 Memorial in Washington, D.C., and the Brooklyn Wall of Remembrance in NYC. He serves on the President’s Advisory Group for the Congressional Medal of Honor Foundation, the Community Council for Hope for the Warriors and as an honorary board member of Tragedy Assistance Program for Survivors (TAPS).

In 2003, after several USO handshake tours, he formed the “Lt. Dan Band” to entertain troops serving at home and abroad. In 2008, he was given the Presidential Citizens Medal for exemplary deeds performed in service of the nation. He is only the third actor ever to receive this honor. He was also named an honorary Chief Petty Officer by the United States Navy, an Honorary Marine by the United States Marine Corps, and an Honorary Battalion Chief of the Fire Department of New York.

In 2011, he established the Gary Sinise Foundation whose mission is to serve and honor America’s defenders, veterans, first responders, Gold Star families and those in need. In 2019, his autobiography Grateful American: A Journey from Self to Service was released and immediately became a New York Times Bestseller.

In recognition of his humanitarian work, Sinise has earned many distinguished honors including two awards from the Congressional Medal of Honor Society, the Bob Hope Award for Excellence in Entertainment, and the Congressional Medal of Honor Society’s Patriot Award. Other awards include the Spirit of the USO Award, the Ellis Island Medal of Honor, the Spirit of Hope Award from the Department of Defense, the Sylvanus Thayer Award from the West Point Association of Graduates and the George Catlett Marshall Medal from the Association of the United States Army (AUSA).
For a list of 2020 LMGI Awards nominees, visit: www.LocationManagers.org. Committee Co-chairs of this year’s LMGI Awards (#LMGIawards) are Lori Balton and John Rakich. For further inquiries about the LMGI Awards, contact awards@LocationManagers.org. For sponsorship opportunities, contact LMGIawards@ingledodd.com.

ABOUT THE LOCATION MANAGERS GUILD INTERNATIONAL (LMGI):
The LMGI is a global organization of career location professionals in the motion picture, television, commercial and print production industries dedicated to upholding the highest ethical standards. For more information, visit LocationManagers.org or follow us on Facebook; Twitter @The_LMGI; #LMGIawards, Instagram and YouTube.