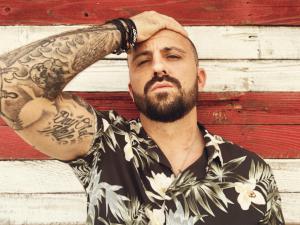 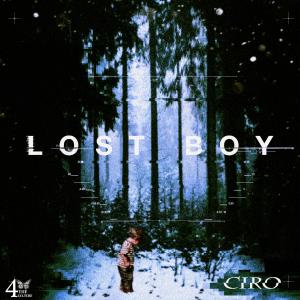 The Sacramento-based artist is a ‘heavy hitter’, quickly making waves with his music.

NEW YORK, NEW YORK, USA, August 10, 2020 /EINPresswire.com/ — Upcoming rap artists Ryan Rinauro from Sacramento, CA has recently released his debut album Lost Boy. The young and talented artist has caused quite the stir with his music as he takes on the music industry with full force.

The Shingle Springs native and the rising rapper excitedly announced his debut album has finally launched on various music platforms across the world. The album titled “Lost Boy” is an inside look into Rinauro’s personal life, captivating audiences both young and old as he sets out to launch his career in the music industry. “I’ve worked hard and long on this album, and every track is as raw and hard-hitting as the next. Making it big in the industry isn’t too much of a concern rather than staying true to myself and the artform and I have finally managed to create an album which will leave listeners with goosebumps,” Rinauro shares excitingly.

The artist has been using his connections and networking skills to get the album off the ground. Almost every track on the album brings an absolute rawness to the table, with top songs such as “Listen Clear” and “My Side” being the top-rated picks on Lost Boy. Rinauro has managed to craft together a masterpiece of lyrical genius, leaving listeners’ wide eyed after every song. The upcoming hip-hop artist has been working on the album for quite some time, and after listening to it, many will be left wondering why they have not discovered him sooner.

Rinauro is a small-town boy, but his big-city dreams have landed him a top-rated debut album that will surely be hitting mainstream media and music outlets within the coming weeks. The artist is taking every bit to pursue his career, bashing down the doors of the music industry and making a name for himself with his murky voice and talented innuendos.

The brilliant artist shares, “I love rap music, and being a respected rap artist has always been my dream. The effort and time which I have taken to compose this album is a testament to not only myself, but every listener of the dedication and time it has taken me to release my album. I want to leave a mark on the music industry and being authentic in my decisions will enable me to do so.”

Not many listeners have experienced something so thrilling, as Rinauro takes us through a musical journey from Paranoia (#2) to Aurelia (#10). The combination of rap lyrics and instrumental recording has made the album both relaxing and thrilling, captivating listeners as Rinauro shares some of his encounters and thoughts on modern society. The artist has taken a strong leap towards opening himself to his listeners, embracing the struggles he has endured, but using it as a learning school to help shape himself into the artist he is today.

“Without the help of my friends and supporters, this album wouldn’t have been possible at all. Founder of Think Tank Music, my mixing engineer and good friend, Jesse (aka Kassette) did his thing as always. Andrew at Rarefaction Mastering did amazing on my masters and pulled through like a champ. The dynamic we all have together is what makes things so much easier.”

Current music trends have been showing a significant spike in new artists coming to the scene, as many of them have taken the time during national lockdowns and quarantine to work on new music. Rinauro has given a fresh breath to the rap music industry, ensuring his music resonates authenticity and creativity.

The Lost Boy album has already launched late July, with music streaming platforms such as Apple Music, Spotify, Deezer, YouTube Music, and Google Play being hosts of the album. There isn’t much word from Rinauro on what we can expect from him in the coming months, but if it’s anything like Lost Boy, it shouldn’t come as a surprise that the talented rap artist is quickly climbing the ladder to become a household name in the music industry.