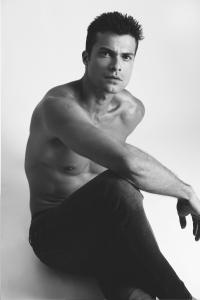 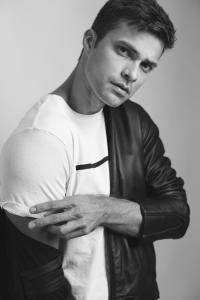 Famous in Brazilian soap operas, Victor will debut on Netflix in the series "Invisible City" by Oscar nominee Carlos Saldanha

It is a privilege to be in the cast of a Netflix series that will be exported worldwide. The whole cast and crew received me very well and I am very anxious for everyone to see the result.”
— Victor Sparapane

LOS ANGELES, CALIFORNIA, UNITED STATES, July 27, 2020 /EINPresswire.com/ — Brazilian actor Victor Sparapane is known in Brazil and Latin America for his participation in famous series and novels such as "Malhação" (Globo), "Jesus" and "Jezabel" (Record TV), but he is about to be introduced to the rest of the world by Netflix. Victor is in the cast of the series "Invisible City", a new international production marking the debut of Carlos Saldanha on Netflix, began production with Prodigo Films in Sao Paulo, Ubatuba and Rio de Janeiro, Brazil. Oscar-nominated Saldanha is the creator and executive producer of the show, which is his first live-action series and will take Brazilian folklore stories to the world under a contemporary perspective. The first season of the series has already been recorded on the coast of São Paulo, Brazil and should be released soon to more than 190 countries and dubbed in several languages. The series also features Marco Pigossi, who has acted in several international Netflix productions, in different languages.

Born in Guarujá, Victor started his acting career doing "guerrilla cinema" and since then he has been accumulating great challenges and characters.