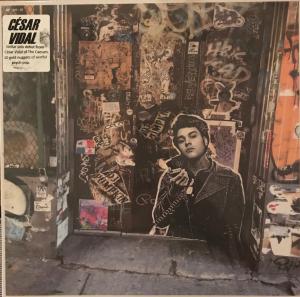 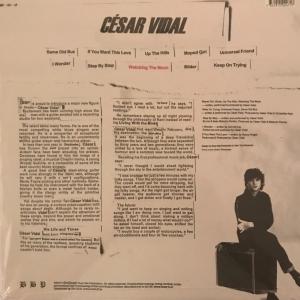 We are so proud to work with César Vidal, the singer of the Swedish psych/60s/garage/indie-act Caesars aka Caesar's Palace (Jerk It Out anyone?)

To be on your own is a venture with many pitfalls. I liked the freedom but sometimes you miss the direct feedback of course”
— César Vidal

STOCKHOLM, SWEDEN, June 25, 2020 /EINPresswire.com/ — Why a solo album?
– I needed the total freedom I guess. Some extra spontaneity. The opportunity to give room to some aspects of my musical taste. For good or bad. And also because other group members were quite busy with other projects as well.

And giving room to all those aspects – what came out? How would you describe the record?
– I’m reluctant to describe my music in too much detail, I even find it difficult. It’s up to the listeners to make their own associations. In the end I don’t think I sound like anything but myself really. Then of course the 60’s have meant a lot, since I was a child, which is fairly obvious. But somehow the 70’s, 80’s and 90’s are present as well I think.

What was it like to not have anyone else to yell at in the studio?
– To be on your own is a venture with many pitfalls. I liked the freedom but sometimes you miss the direct feedback of course.

First record you bought and do you still have it?
– I remember picking up the single Popcorn by the group Hot Butter at an early age (my mum paid). Unfortunately it’s lost.

You’re on tour and in a new town with some spare time. What do you do – sleep, museum, record store, bar?
– Museum, record store and bar sounds great in that order. I would try to do all of them. I can sleep later. If I really HAD to choose I’d probably go for the bar.

Best guitar riff ever?
– Oh, there are so many great riffs. Paperback Writer by The Beatles is up there.

Best guitar player?
– I can’t really say THE best about anyone but an amazing guitar player from a band I love is Jorma Kaukonen of Jefferson Airplane. Just listen to the track Embryonic Journey and you get the idea.

Pistols, Clash or Ramones?
– I pick The Ramones for their sentiment and melodies, still being Punk. On top of that they had the best singer. And one more thing, for keeping their 60’s haircuts the whole time.

You’re drunk at a karaoke-bar and suddenly see your future wife – what track do you get up to do?
– Hm, I just got married and for my wife I could sing Cupid by Sam Cooke.

Which is the best Julio Iglesias-cover you have sung?
– Haha, I only did one. No recording, just a karaoke performance of Hey back in 1995 or something. It was at a friend´s club. It still haunts me and some people still talk about it. Even people who weren’t there. It’s strange.

Dogs or cats?
– I’ve had them both and I like them both. I get more attached to dogs though. I was devastated when my dog died and I still think about it, ten years later.