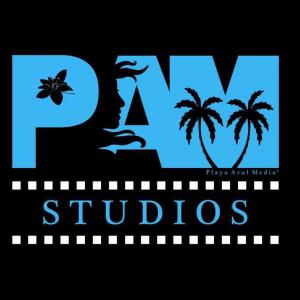 PAM Studios is excited to announce the purchase of commercial space in downtown Rome, Ga.

ROME, GEORGIA, UNITED STATES, June 24, 2020 /EINPresswire.com/ — Atlanta-based Playa Azul Media (PAM) Studios, the first Latina-owned production company in Georgia, is excited to announce the purchase of commercial space to build its first two sound studios in downtown Rome, Ga. PAM Studios already has a slate of projects that will begin filming in July and will be followed by a VIP Grand Opening & Celebration for the new studio in September.

“PAM Studios seeks to portray and showcase perspectives of women and minorities that aren’t currently being represented accurately or respectfully,” said PAM Studios Founder & CEO Maria Guerra-Stoll. “Opening our first studio location in Rome allows us to broaden our horizons in film production, leverage the natural beauty of the town as our backlot, shine a spotlight on the city’s independent film industry and enhance the tourism initiatives of West Georgia.”

The studio’s first project is a reality TV series, “40 Akerz and a Brew,” starring the GRAMMY-nominated hip-hop group Nappy Roots. The series follows the group around the country as they tour the art of craft beer with brewmasters and have “conversations over beers” with establishments’ regular customers. In addition, the group will be launching their own collaborative brews with specialty brewhouses and, eventually, open their own taprooms.

During one episode, the members of Nappy Roots will visit Rome City Brewing Company, as well as many well-known sites and centers around the city.

In addition to film and television production, PAM Studios is launching its new YouTube show, “Playa Azul Cinema” in July. The show will feature Guerra-Stoll interviewing important voices in the Georgia film industry. The first episode will feature Seth Ingram, the Executive Director of the Rome International Film Festival, which is now in its 17th year. Ingram is a professor of film studies at Georgia Highlands College and serves as the humanities division chair of film studies.

To learn more about PAM Studios, its slate of upcoming film and television productions and its YouTube Channel, please visit www.pam-studios.com.

PAM Studios seeks to inspire people from all over the world to dream big and make a difference. The studio wants to break down stereotypes by promoting dignified roles for underserved cultures and providing them opportunities to tell great stories from their own perspectives. As a Latina-led business, the studio is positioned to discover and cultivate content created by those with compelling stories who are not currently being reached by Hollywood or who wouldn’t normally have access to a production house.