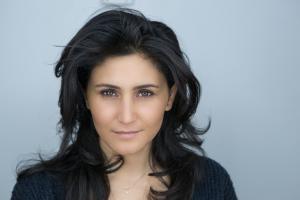 The French-Turkish director of 'Make a Wish’ has also signed with a US management & production company for representation.

[Meta's] worldly life and artistic experience, coupled with her perspective as a woman who had to rise through the ranks of the European film industry…positions her as a true asset to [the US].”
— John W. Beach

LOS ANGELES, CA, USA, May 28, 2020 /EINPresswire.com/ — Acclaimed filmmaker Meta Akkus, known for her distinct method of incorporating stylistic elements of childlike naivety with fanciful and mature imagery into her work, has been attached to a number of US projects as the film industry ramps up the production slate for a post-COVID-19 world.

The co-director of the Soho International Film Festival documentary feature 'Turkish Passport', and helmer of dozens of commercials for big-name brands like Chanel and BMW, will direct a number of films, a television series as well as commercials as arranged through East Coast outfit Lamplighter.

Most notably, Meta is due to collaborate with acclaimed production company Go Atticus, who boast Cadillac, ASICS and Nike as clients.

In addition, Meta is in talks with Fairway Film Alliance for future projects, and is also expected to collaborate with the Tony-award nominated producers behind film 'The Unborn.'

In a statement offered to press, John W. Beach at Gravity Squared Entertainment stated, “Meta is truly a one-of-a-kind filmmaker. Her worldly life and artistic experience, coupled with her perspective as a woman who had to rise through the ranks of the European film industry on her own merit, positions her as a true asset to the American film industry.”

It is expected Meta will start filming immediately on those projects which have skeleton crews and can be facilitated under strict COVID-19 mandates, as the industry shut-down has created an urgent need for fresh narrative content.