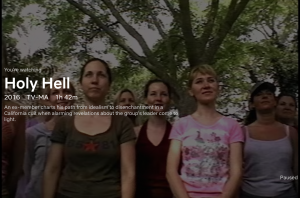 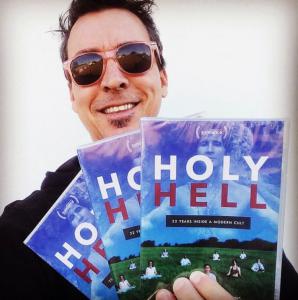 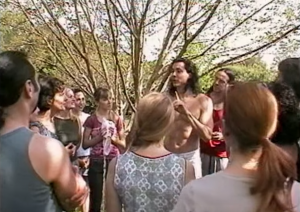 The Buddhafield Cult with Tokyo Kuntpunch

Will and I go way back when I was young AF and Will was Francesco,” says Tokyo. “We are both Capricorns, and I am considering getting a sex change so he will be with me.”
— Tokyo Kuntpunch

Tokyo met Allen when she was a teenager during her time as a member of the infamous cult, Buddhafield, the subject of the popular and controversial documentary.

“Will and I go way back when I was young AF and Will was Francesco,” says Tokyo. “We are both Capricorns, and I am considering getting a sex change so he will be with me."

The interview will be live-streamed on Wednesday, April 29 at 6pm ET/3pm PT here https://www.youtube.com/channel/UCEE2BOwAKtWQdN3xT-Tn9xg and then will download on Friday (audio only) and Saturday on YouTube.

Tokyo also known as the rapper Hung Yung Terrarist, premiered Kuntpunch Drunk earlier this month by popular demand of her fans who are interested in seeing the innerworkings of the mind and the life of the comedian/rapper and sex worker, and Will Allen marks her very first guest in which no doubt be a riveting and emotional discussion about life during and after the Buddhafield.

For all of the links in one fancy place https://linktr.ee/hungyung

Tokyo Kuntpunch hails from projects of Beverly Hills and more recently MacArthur Park., the most famous drug park in Los Angeles. She spent her formative years in the cult depicted in the Netflix documentary "Holy Hell." She speaks seven languages, and raps in three on her latest self-titled album, “Hung Yung Terrarist,” including French and Dothraki, the fictitious language from the hit series "Game of Thrones.

Kuntpunch has performed at The Comedy Store, The Stand, The Ice House, The Laugh Factory, and appeared on Kill Tony. After that appearance Tony went on to talk about her on The Greg Fitzsimmons podcast and with Adam 22 on the No Jumper podcast. Tokyo has been a guest on SiriusXM’s All Out Show, Karen Hunter, The Bonfire, I Want Radio and The Christy Canyon Show, as well as on popular podcasts, Race Wars, Jason Ellis’ High and Dry, The SDR Show, The Chip Chipperson Show, The Wet Spot, Mornin’ with Bill and Joanna and In Hot Water. She most recently appeared on 50 Cent’s website This is 50 https://thisis50.com/?s=hung+yung+terrarist

Kuntpunch also performs music under her moniker, Hung Yung Terrarist and you can check it out here www.hungyungterrarist.com