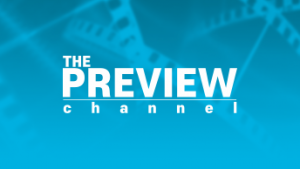 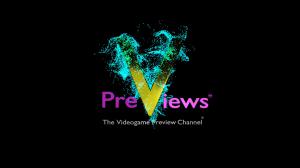 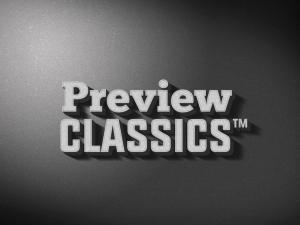 We are launching these 2 new channels to give fans what they want – a channel devoted to the classic movie trailers we all know and love and a channel for gamers – those who love playing video games”
— William Sager, Chairman, Founder and CEO

BEVERLY HILLS, CALIFORNIA, UNITED STATES, April 28, 2020 /EINPresswire.com/ — The Preview Channel™ (TPC/Company) announced today that the Company will be launching 2 new, sister channels to its 24/7 OTT and AVOD streaming flagship TPC. Preview Classics™ (https://previewclassics.com/), which will exclusively program archival motion picture trailers featuring iconic stars and directors plus related content from the 1930’s right up to the present decade, and V Previews – The VideoGame Preview Channel™ (https://vpreviews.tv/), which will exclusively program future, current and archival videogame trailers highlighting their eye popping CGI and gameplay simulation, as well as related audio-visual content. Both are expected to premiere this summer.

The Preview Channel™, which programs first run movie and video game trailers in themed blocks, as well as other entertainment related programming including ‘behind-the-scenes’ featurettes, is also getting a complete makeover. Starting May 1st TPC will be significantly enhancing and expanding its programming menu. In addition to all the top movie trailers it has customarily streamed it will be adding promotions for the hottest titles from Hulu, Disney+, Amazon, Apple TV, HBO, Quibi and others all offered in new themed blocks with much greater variety and rotation. Since debuting in mid-February 2019, on XUMO TV, and soon thereafter on Samsung Smart TV platforms, TPC has grown in size and popularity and is now available in 65 million homes and has over 15 million monthly users.

William Sager, CEO said “We couldn’t be more delighted with the consistent and positive performance of The Preview Channel™. We are developing a devoted and loyal fan base who we expect will be pleased with the upgraded channel that was designed responsive to their input. We felt that there was enough available videogame content to now create a standalone product https://vpreviews.tv/, and with having access to the world’s largest library of historical motion picture trailers we believe there will be a huge demand for the nostalgic content we will be creating and presenting on https://previewclassics.com/.”

ABOUT THE PREVIEW CHANNEL:
The Preview Channel™ is a 24/7 advertiser supported linear channel as well as an AVOD channel that features and premieres first run movie and video game trailers, most of them well in advance of their theatrical release and retail distribution for audiences worldwide. The channel provides its affiliates and consumers a constantly refreshing stream of high production value content featuring productions from the biggest film franchises and directors with the most recognizable movie stars in the world. The channel is currently available on Xumo and Samsung Smart TV's encompassing the following brands and manufacturers: Sony, LG, HiSense, LG, Panasonic, Funai, Vizio, Sanyo, Sharp, Magnavox and Phillips. As well as at GooglePlay, Apple Store, Roku, Amazon Fire Stick, T-Mobile PCS 'Metro Play', TiVo (set-top), Comcast’s new Xfinity Flex streaming device, and its new Android TV app that can be accessed on devices like the Nvidia Shield, Sony Android TVs and the Xiaomi Mi Box. The channel is already launched and available in France, Germany, Switzerland, Austria, Spain, the UK, Brazil and Italy and in Canada. The Preview Channel™ was Trademarked worldwide July 3, 2018 under Registration Number 5,510,196 and has a USPTO Patent Pending # 69/960.805.