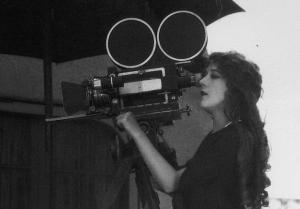 Mary Pickford – Behind The Camera 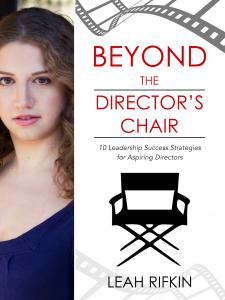 TORONTO, ONTARIO, CANADA, April 1, 2020 /EINPresswire.com/ — During the 92nd Annual Academy Awards in February, one could not help but notice the jabs against the “Academy” for the lack of female directors nominated for the Best Director Oscar. In fact, giving women and other underrepresented groups opportunities in front of and behind the camera is something that one rising film and television executive, Leah Rifkin, is tackling head on.

There is a survey which demonstrates the opinions people have about “Representation in Entertainment”. It is a strong starting point to a frank discussion about where the major motion picture and television industries are heading and how executives plan to create a more diverse working environment so that it becomes the new status-quo. This survey is part of research for a feature film that Leah is developing with her writing partner, Sonja Verpoort.

'America's Sweetheart' is a feature film biopic about an iconic figure in the history of film: Mary Pickford. Standing up for what is right, she demanded to be paid fairly for her work, which was unheard of at the time. But her growing success as an actress and her tenacity as a business-savvy producer came at a price. Mary Pickford had to use her passion and talent to achieve her goals, and as a result she helped build Hollywood from the ground up. She is a trailblazer that the world needs to be more aware of.
——————————————————————————————————————

Leah Rifkin is the award-winning author of the book 'Beyond The Director’s Chair'. She is the director and executive producer of 'Out Of Frame', an award-winning edutainment web series for kids. Leah is the director of the short film, 'Dinner With Bernice', which was an Official Selection in the Toronto Shorts International Film Festival (Feb 2018). As a director and editor, Leah has also worked on multiple digital narratives, short films, YouTube series, and music videos that have earned millions of views.

Leah is an active member of the Academy of Canadian Cinema & Television and is a board member for the Independent Web Creators of Canada. Last year Leah was a finalist for the Netflix-Banff Diversity of Voices Initiative and was a runner-up for Armoza Formats’ Formagination Pitch Competition at Realscreen West.