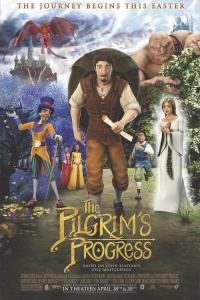 Award-Winning CGI-Animated Version of the Classic Story Offers Parents an Opportunity to Share Timeless Truths in a Fresh, New Way.

As media-aware families around the globe are faced with issues surrounding social distancing, we wanted to not only provide this film as a resource for entertainment but also as a tool for learning.”
— Steve Cleary

MCKINNEY, TX, USA, March 20, 2020 /EINPresswire.com/ — Revelation Media, i.BIBLE and Summit Ministries, along with a group of generous ministry partners, are honored to launch the CGI-animated feature film THE PILGRIM’S PROGRESS to be viewed online, free of charge. Homebound families can experience this centuries-old story in a fresh, new way, simply by visiting http://watchpilgrims.com

“As media-aware families around the globe are faced with issues surrounding social distancing, we wanted to not only provide this film as a resource for entertainment but also as a tool for learning,” shares Executive Producer Steve Cleary. “Since the late 1600s, The Pilgrim’s Progress has been one of the world’s most beloved stories, and I believe it is more relevant to the Christian journey today than ever before. We wanted to offer families the opportunity to view the film and discover a new way to discuss the timeless themes of faith that are explored in the story, such as hope, doubt, persistence, persecution, and hardships.”

Since its debut in American theaters over Easter 2019, THE PILGRIM’S PROGRESS became an instant classic and has been celebrated by audiences around the world. The film held the #1 per-screen average in theaters on opening night and was the second-highest attended faith-based Fathom Event in 2019. After the theatrical release, the film has been enjoyed by thousands of churches and organizations that have created movie events for their communities.

Internationally, THE PILGRIM’S PROGRESS has found sell-out crowds in Australia, South Africa, the UK, and in South Korea, grossing over $3 million dollars in box office. These funds have allowed the film to be given, free of charge, to missionaries and churches serving in regions where the Bible is not readily accessible. THE PILGRIM’S PROGRESS has already been translated into Spanish, Farsi, Korean, Mandarin, Bengali, Tamil, Urdu, and Nepali, with dozens of additional languages currently in production.

“Faith-based films have proven to be one of the most effective tools for reaching the world, and have the unique power to break down barriers of age, race, nationality, and language,” continues Cleary. “With a classic, beloved story that is already known throughout the world like THE PILGRIM’S PROGRESS, we have been able to open up conversations about the Christian journey all around the globe in multiple languages. It’s amazing to watch God work, and we know that it’s just getting started.”

As a book, The Pilgrim’s Progress has been translated into over 200 languages, has never been out of print, and has sold over 200 million copies – more copies than any Christian book, next to the Bible. Written in the late 1600s by John Bunyan while in prison for holding religious services, The Pilgrim’s Progress is often cited as the greatest allegory ever written.

Donations to support THE PILGRIM’S PROGRESS are accepted, and donors will receive a DVD of the English-language project and a commemorative coin.

To view the film during this free #WatchPilgrims event, please sign up at http://watchpilgrims.com.

About REVELATION MEDIA:
Revelation Media is on the forefront of delivering engaging and culturally relevant animated films that promote biblical literacy, discipleship, and world evangelism for our children and for the mission field. One current project is iBIBLE, a visual interactive Bible free to the world, releasing first chapters later this year. https://www.revelationmedia.com/