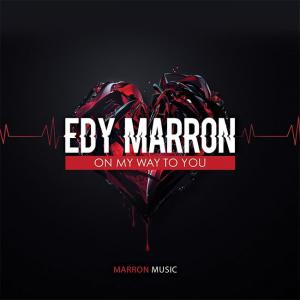 “On my way to you” New Hit Dance Song to be released on Popular Music Platforms Including Spotify, Soundcloud, Apple Music and More

LOS ANGELES, CALIFORNIA, UNITED STATES, March 16, 2020 /EINPresswire.com/ — Edy Marron, a Netherlands based DJ, and Music Producer and Artist is pleased to announce the release of his upcoming single “On My Way To You” on April 5th later this year. The new hit dance song will be released on all major online music channels including Apple Music, Spotify, Sound Cloud, etc. This track is believed to be a feel-good song with some exciting dance moves. He released the teaser for his fans and shared certain exciting details about the song on Twitter and Instagram.
Edy Marron has many positive reviews for his recent track “Nova River” which had been streamed for over 250,000 times and is considered to be his No.1 Track so far. His other singles are Electric, Minutes, Sweat, Magic Friday, Till the End, Urban, Amare, Simul and Tell Me and many others.

All his tracks can be found on Beatport, yet another popular music platform. For Edy, it is all about creating a different kind of music. He loves to hear something different as he believes that listening to the same beats is nothing but meaningless. When he is not recording or producing his music, Edy is a professional and an amazing DJ who knows how to rock a show.

Edy Marron was born in 1982 in the Netherlands. His love for music started when he was very young and he was just 13 when he bought his first music record from a small record shop in Den Haag. It was in the year 2001 that he started producing his own music with some turntable decks and a mixer.