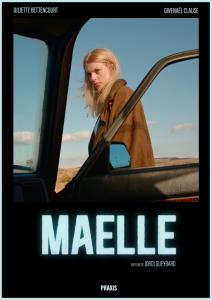 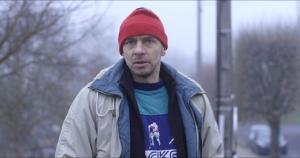 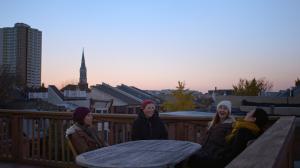 Life After by Irene Nam

French filmmakers are popular this year at 11th NYC Independent Film Festival, with both short stories, documentaries as music videos.

Our sessions do sell out, so don’t wait too long”
— Dennis Cieri, founder

French filmmakers are well represented this year at 11th NYC Independent Film Festival, with both short stories as films in the categories Documentary and Music Video. The NYCindieFF is an international festival with movies and documentaries from all over the world.

The short story “Maelle” is the first film made by Jordi Gueyrard (Paris, France). At dusk, a strange girl walks alone along an endless road in a wide deserted landscape. A car passes. On board, a man who offers to drive her to her destination. The fragile girl ends up accepting and gets in the car. Jordi Gueyrard is a 28 years old director from the south of France, living in Paris. In 2016, he co-founded PRAXIS accompanied by Clément Hudelot, with the ambition to bring out the production of “genre” cinema from the new generation.

Another short film is “The Right Night” by Jeremias Nussbaum, an actor, director and producer of German origin, working and living in Paris, France. His film “Le Bon Soir” (The Right Night) tellus us about Sacha who lives alone in his car by the river. One day Sacha walks, as usually, on the cemetery walls, when his path is disrupted by Sam’s presence. Sitting alone, staring into space, she’s having dark thoughts… This bittersweet tale describes the encounter of two lost souls and tackles the question of life and death in a surprisingly light-hearted and quirky tone.

Paris screenwriter and film director Matthieu Manier-Rossi made “Trois Machettes” (Three Blades) in Haiti. One day in the life of a family of three : three men, alone with their dreams and frustrations. Three generations under the burning sun. A day like every other day… And between them, everywhere, in every hand, there are blades : machetes. So when the night eventually comes…

Untitled (Sanse Titre) is a beautiful short story by Clément de Dadelsen. The film tells us about Jules, who is about to publish his first novel but cannot find the right title with his publisher. He therefore decides to go to Lisbon to convince the greatest title writer to find him one for free. The old man finally accepts but offers him a very strange deal… Clément de Dadelsen is a French writer and theatre director working between France and the UK. “Sans Titre” is his first film.

“LIFE AFTER” by Irene Nam
https://www.nycindieff.com/festival/film/life-after-a-story-of-unexpected-friendships-random-sh-tstorms

"Life After: A Story of Unexpected Friendships & Random Sh*tstorms” by the French filmmaker Irene Nam was filmed in the United States. It tells the story of four women across the US and Europe who should never have met but unexpectedly bond over the sudden loss of their children. A heartbreaking film about loss, healing, love and hope.

The film “Dojo” by director/writer/producer Nikodem from Fontenay-sous-bois was selected in the category Music Video. In "Dojo” two young boys – played by Gaël Raes and Soni Andrianasolo – face each other during a judo tournament, under the gaze of their parents. The pressure rises in the room.

The NYC Independent Film Festival starts Sunday, May 10, at the opening party at the Producers Club Theatre in the Times Square’s famed theatre district. The festival runs until Sunday, May 17, wrapping up at the Awards Ceremony and Closing Party. Discounted Full Festival Passes are available here until April 1, 2020. Festival-goers can buy tickets online or at the door, depending on availability. For press passes please email your credentials to info@nyciff.nyc. Our sessions do sell out, so don’t wait too long!