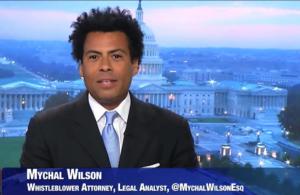 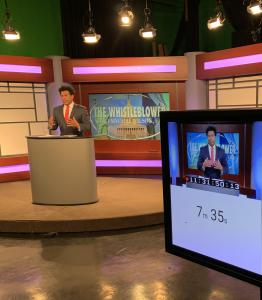 "The Whistleblower" Seasons 2 through Seasons 6 are also going live and becoming available in the upcoming weeks.

"The Whistleblower" is a nonpartisan News Docuseries that Mychal Wilson created and hosts which gives those Davids a voice against those Goliaths. Mychal is a successful relator and Qui Tam attorney who has assisted various Federal and State agencies in the recovery of nearly $700 million in American taxpayer's dollars.

"I would like to thank director/producer Steffanie Siebrand and post-production producer Jason Wissinger of Stormmaker Productions, Inc., producer and show booker Sutton Porter, and the production team at Illuminate Studios for the opportunity to create and really take the show to its next level in Seasons 5 and Seasons 6” says Mychal Wilson, Esq..

Mychal asserts "Fraud, waste, and abuse is a nonpartisan issue, and which is sometimes sadly at the expense of the American consumer, healthcare patient, and taxpayer.”

"In today’s evolving cultural climate, I want to give the public an insider’s view into the risky, secret and potentially lucrative world known as 'whistleblowing,' a show which explores and examines the courage and integrity within us, and in some cases the potentially highly lucrative rewards received by those Davids fighting those Goliaths. And, to feature and applaud those individuals who help bring about justice for others which is sometimes at their own expense,” says Mychal Wilson, Esq.

"While not offering legal advice, 'The Whistleblower' does provide examples of legal recourse for potential whistleblowers and victims, and resources for support for those who are being harassed, wrongfully terminated, and/or retaliated against by her or his employer. Been there, done that, as a former big pharma sales rep, so now I want to help those who may be facing similar hostile work environments," declares Mychal Wilson, Esq.

Mychal Wilson is a Qui Tam attorney and media personality who currently serves as counsel on several sealed and high profile unsealed Whistleblower cases such as the False Claims Act (FCA) and SEC matters such as the recently settled drug pricing case, State of Texas v. Lupin, Case No. D-1-GN-16-005758 (TX).

Mychal has been a member of the SAG-AFTRA ("Screen Actors Guild") since 1993 and is a media personality who regularly serves as a legal analyst on numerous media outlets such as BBC, The Doctors TV Show, Fox, Newsmax TV, OANN, RT and 790 KABC Radio Dr. Drew Midday Live.

Mychal Wilson, Esq. is a member of the State Bar of California and admitted to practice law in the Eastern, Northern, Central and Southern United States District Courts of California, and the Supreme Court of the United States (SCOTUS).