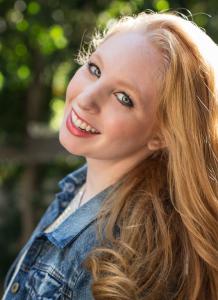 “This helps to keep the planet significantly smaller and more interconnected. It helps people to do things more easily now than ever before, even 40 years ago."

LOS ANGELES, CA, UNITED STATES, February 19, 2020 /EINPresswire.com/ — A British Airways (BA) flight has broken the record for the fastest-ever subsonic flight between New York and London, reaching a top speed of more than 800mph (1,287km/h). The Boeing 747 aircraft flew overnight from Saturday, February 8th to Sunday, February 9 and reached its destination in four hours and 56 minutes, as Storm Ciara sped towards the United Kingdom.

The supercharged jet stream on this day was also responsible for powering Storm Ciara, which has brought damaging wind gusts and massive waves to the UK, Ireland and other parts of Northern Europe this weekend. The jet stream is a fast moving 'river of air' high in the atmosphere, around the height that commercial airliners fly. The jet stream is responsible for carrying weather systems around the planet. "The flight was riding a much stronger than usual jet stream, with winds over 200 mph propelling the aircraft," says senior CNN meteorologist Brandon Miller.

Travel guru and host of CW’s The Big Stage, Elizabeth Stanton, has quite a lot to say about this time efficient form of travel. Who else could have such a reliable opinion as Elizabeth Stanton travels more in a year than most people do in a lifetime? She is a passionate and avid traveler that supports travel reforms that can be more cost effective, environmentally friendly, and time effective. Stanton is a fan of this technology as she believes that subsonic flights have many advantages for the world of transport and global operation as a whole.

“This helps to keep the planet significantly smaller and more interconnected. This helps people to do things more easily now than ever before, even 40 years ago,” states Stanton. “The fact is, invention and enlargement are making the world smaller. The telegraph and steamboat made the world much smaller. Now, this subsonic technology will make the world even smaller through its advancements in the travel industry. We are in a new era."

“This subsonic flight technology has the ability to save so much time, which is how it can connect the world more,” continues Stanton. “It gives access to different cultures and experiences more conveniently.”

Stanton also believes that this technology must further development though in order to be more accessible to the public. This latest test of the subsonic flight is just a very expensive prototype, not all jets nor even a majority are capable of such flights while being cost effective. But Stanton believes eventually this technology should be more accessible financially in the future.

“The prices of these things will fall as some point, like how expensive computers were when they were first releases, costing about $10,000, but computers are much more affordable and much less expensive,” states Stanton. “Subsonic technology only needs to be tested more, perfected and published in order to be more financially accessible to people.”

Elizabeth Stanton has been a world traveler her entire life, experiencing the culture of Europe, the wonders of the Far East, and the natural beauty of remote destinations. She started hosting “Elizabeth Stanton’s Great Big World” at the age of 15, and it was watched in 90% of the United States at its peak. The show featured several well-known stars and was filmed in places all over the world, from the USA to Nicaragua to Paris to Beijing. She is currently host of CW’s The Big Stage, a variety show featuring talented acts from around the world displaying their mastery of performance, with disciplines ranging from singing and stand-up routines to acrobatics and aerial dance, along with everything in between.