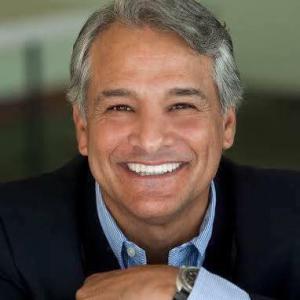 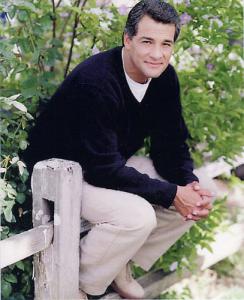 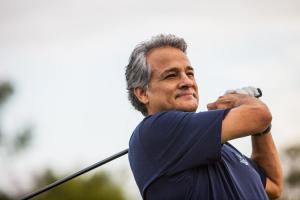 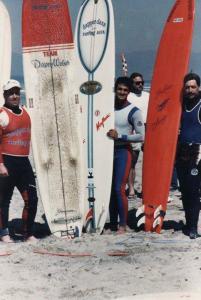 “It was fun and they worked me very hard to get the shots they needed, and I got them what they needed.” – Richard Romero.

LOS ANGELES, CA, UNITED STATES, February 4, 2020 /EINPresswire.com/ — Richard Romero, established commercial print model and commercial actor, reflects on his time working on the ad campaign for Amgen and its product, Repatha. A commercial for the product was originally shot on 1-24-18 and 1/25/ 18. It was renewed in February of last year and has been running since. The ad company who was in charge of the whole ad campaign was Saatchi & Saatchi Wellness. However, this commercial was done after a similar print shoot that Romero did for Amgen and Repatha. There were some interesting similarities the commercial had compared to the work that Romero did.

Romero played the “hero” role and was the main role for the print ad campaign. Repatha is a drug that reduces your chances of having a heart attack or stroke and as such, his character was in need of such a drug to better his life. Romero had a phenomenal time doing this ad campaign and states that “It was a great job to work with and I have worked many times for Saatchi and Saatchi Wellness. It was fun and they worked me very hard to get the shots they needed, and I got them what they needed.” Saatchi & Saatchi is a global communications and advertising agency network with 114 offices in 76 countries and over 6,500 staff. It was founded in 1970 and is currently headquartered in London.

Richard Romero was a competitive surfer and even got to 4th place in the US Amateur Surfing Championship, Long Board Division, before starting acting. He competed for 35 years before an injury in 2004 that unfortunately killed his surfing career. He competed all over the country and always placed in the finals. His last placing was in 2002 in San Diego at the 7TH Annual Lob Machado Surf Classic held at Cartive Reef. He had sponsors such as OP. Before breaking into acting, Romero was a banker doing real estate in the Wilshire district working for a bank called Benefit Savings. He was in the retail department and it was a good job, for the time being. However, he did not have a lot of a social life because of 12 hour work days. But then, he stumbled onto background extra work for commercials and shows. He was going out on the field and then doing background work for “Cagney and Lacey” doing recurring work. Basically, Richard started doing background extra work to meet girls. He had a realization and found out he really liked it and wanted to pursue it seriously.

He got off the show as it was ending, and he asked one of the actress's how to get an agent. Romero was then directed to contact Mona Lee Shilling at the Alverado Agency. He is currently with them now and they are now known as the Alverado Rey Agency. Right after Cagney and Lacey, Richard started booking big jobs for big commercials. One of his earliest and first successful jobs was with a Budlight commercial featuring legendary canine, Spuds McKenzie. From there, Richard went on to booking television shows, such as Moonlighting and Nasty Boys. Nasty Boys was a Dick Wolf Production by Universal and this was Richard's first big role on television. The subsequent big role he had was on Santa Barbara in which he played Raul Mondregon and was a recurring role.
Since his early beginnings, Richard has been seen on numerous shows like “Cheers, Saved by the Bell, and CSI: Miami”. Richard also started working with Aaron Speiser and began studying with him. Richard thanks Aaron for his expertise, style of acting, and techniques which Richard accredits his success and training to. The training was so influential on Richard, he uses these acting techniques for print modeling and all types of work. He has over 150 print bookings on his resume and he continues to strive for the best as a working actor.