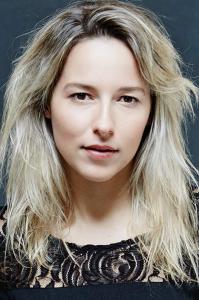 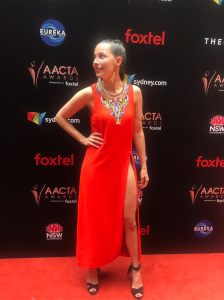 Mathilde Anglade at the 2019 AACTAs

The French-Australian dual citizen will film a slew of projects in the United States.

LOS ANGELES, CA, USA, February 2, 2020 /EINPresswire.com/ — ‘How to F**k a French Woman’ star Mathilde Anglade, also well-known for her work on ‘The Corner of Your Smile’ and ‘Kickons’, has signed on for a leading role in a new series from award-winning producer Olivia Simone’s production arm, titled ‘Pipedream’. It will shoot across an extended period. Plot details are under wraps.

The talented and award-winning multi-hyphenate, also familiar to audiences for her hilarious work across a slew of music videos and commercials, is also attached to the project ‘Subtitles Required’ from prolific producer Ross Howden and his outfit Launch Group. It is understood that Anglade will play the lead character Émilie Varde, and will film the 'Pipedream' series concurrently.

After playing the ongoing character of Julie opposite Sonia Hamdard on the online hit series ‘How to F**k a French Woman’, which was ironically filmed in Australia and attracted raves by leading industry outlets, Anglade has traversed across the world and shot a series of international projects that have taken full advantage of the bi-lingual workhorse. The experienced comedy performer recently shot a role on the Channel 7 series ‘Fam Time.'

A talented filmmaker, Anglade also boasts an impressive background in theatre, having attracted rave reviews for her starring role in The Bed Party at the iconic Old 505 Theatre in Sydney.

Anglade is represented by Nicky Gluyas in Australia.