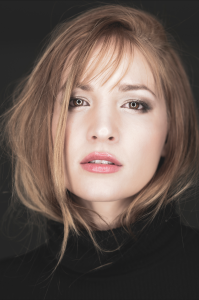 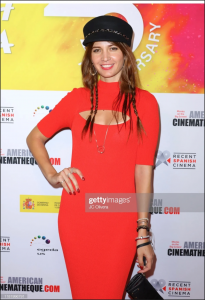 The acclaimed star of European cinema has also signed with US representation.

Alina is an incredibly talented actress. Her recent award-wins…coupled with her already tremendous reputation in Europe, put her in great stead to bring phenomenal things to these films.”
— Alina's representatives

The star of 'Vampyres' and recent hit series 'The Fence' will film across the next few years in a multi-film packaged deal as organised by her representatives at Peter Kallinteris Agency.

“Alina is an incredibly talented actress. Her recent award-wins at the Studio City International Film Festival for her commanding performance in 'Pasarea', coupled with her already tremendous reputation in Europe, put her in great stead to bring phenomenal things to these films,” her representatives offered in a statement.

In 'Reunion', Nastase will play Brittany Smyth, the more successful doppelgänger to a struggling writer. The comedic film is slated to be made in the style of Amy Schumer’s 'I Feel Pretty' with the dark tone of Jordan Peele’s 'Us'.

In 'The Next Earth', Nastase will play Ana-Maria Ioana, the last European female aboard a ship as it explores options for a liveable planet after the destruction of planet Earth. While on the face value it sounds like a typical action more, filmmakers have described it more in the style of a drama akin to Sundance hit 'Another Earth' and Oscar-winner Sam Rockwell's 'Moon', blended with the ensemble storytelling style of Robert Altman.

In a statement, Alina said: “I am extremely thrilled to have been offered roles in these wonderful projects. I can’t wait to get started and feel very blessed the American industry is welcoming me.”

Alina is expected to start filming in late February, 2020.