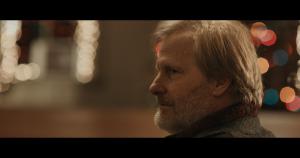 Best Cinematography to Jorge A. Jimenez staring in No One Will Ever Know/Nadie sabrá nunca 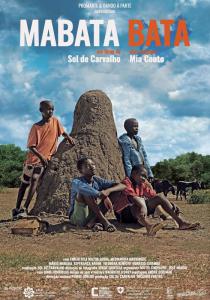 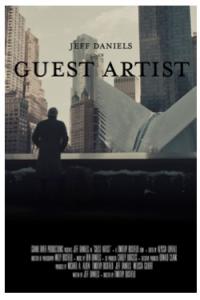 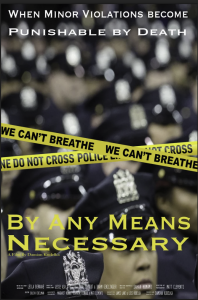 Best Short Documentary to Damian Kudelka for “By Any Means Necessary”

Official 2020 Dates and Calls for Submissions

Submissions for all categories are currently open here. See last year’s award winners below. Be a part of this year’s celebration by purchasing your ticket/guest passes online today!

NYC Independent Film Festival has provided a showcase for indie filmmakers from New York City and around the world through educational panels, VR, presentations by industry professionals, live performances, and of course, film.

The NYCIFF focuses on low budget and emerging yet overlooked filmmakers and gives them the opportunity for potential distribution and funding, as well as awarding the top films across numerous categories, all while giving them the opportunity to mingle and network with press, supporters, and fans. The festival is held at the Producers Club Theatre along Times Square’s notorious theatre district. Festival goers can buy a ticket online or at the door, depending on availability. There will also be a chance to purchase guest passes to the closing ceremony!

“What we’re seeing here, in all of the filmmakers that are here tonight, is the end result of something that we made. There’s a lot of talkers, there’s a lot of thinkers, there’s a lot of dreamers in our business. There’s a lot of inspiration. That’s important. But perspiration is better than inspiration in our business for the professional. We run out of inspiration. We pride ourselves on the effort of thinking about the job, doing the job, getting edited, getting it out, and then moving on. That’s a huge move,” said Timothy Busfield at the 2019 NYCIFF Awards Ceremony. He then goes on to say: “take the award, take the honor from this festival, and go perspire tomorrow”.
Submissions for this year’s festival are open via the festival’s website or FilmFreeway. The categories for this year are as follows: Documentary Feature, Mid Length Film, Short Film, Short Documentary, Super Short Film, Music Video, Narrative Feature Film, Animation, Spoken Word and Art Film (Experimental). Winners are to be selected by a jury who will rate the films, which will then be tallied and calculated.

Here are last year’s winners along with a brief summary of their film. You can check out their trailers on the NYIFF website by clicking on the link in the description.

Trapped in a rural Mexico of the 1970’s, Lucia and her eight year old son, Braulio, find solace listening to radio plays and watching movies. She dreams of a better life in the capital, something which her husband, Rigoberto is staunchly opposed to. One night, when the father is away, mother and son allow a stranger into their home. This man, who resembles the heroes in their beloved stories, manages to transform their constrained world into a magical one, as the line between reality and fantasy becomes blurred. But when the stranger leaves and Rigoberto returns, their mundane life continue as before. Yet, Lucia is no longer willing to hold off on her dream to take her family away from this little town.

Azarias is a young orphan shepherd, keeper of a herd of oxen, where the ox Mabata Bata stands out. The oxen will be the basis of the "lobolo" payment, a traditional dowry that his uncle Raul must pay for his own marriage. Azarias’ dream is to be a normal child, to go to school, gold that is supported by his grandmother. One day, when Azariah is in the pasture, Mabata Bata steps into a mine – the result of the civil war in the country – and explodes. The young man fears his uncle's reprisals and flees to the forest, taking with him the remaining oxen. The grandmother and uncle leave in their quest to rescue him and persuade him to return.

On the fringe of the New York stand-up scene, there are characters no comedian could make up. At open mics, they do effortlessly fascinating comedy which sometimes only makes sense to them. Two outsider comedians (Gary Marinoff and Alan Shain) let us deep into their lives, which are even more surprising and peculiar than their acts.

A social justice documentary exploring why the NYPD, and US police departments more broadly, routinely use deadly force against non-violent minor offenders without receiving any punishment beyond losing vacation days. The film examines police practices primarily through the lens of the NYPD Eric Garner incident although other US police departments are covered. NYPD officers used a policy prohibited chokehold on Mr. Garner because he was selling 50 cent cigarettes on the street and wound up choking him to death. The film discovers how the management of police departments create a climate where officers routinely use excessive force against minor offenses. Additionally, we observe NYC government's failed responses to prevent future officer chokeholds and present actionable solutions for reforming the NYPD and US police departments.

Erricka Bridgeford’s work to organize city-wide ceasefires is changing the way residents think about violence in their communities. After learning from her son that Baltimore had it’s most violent year on record she and a small group of organizers decided to take matters into their own hands.

A girl attempts to commit suicide in a bathroom stall. A suicide attempt is interrupted.

1985. Tehran. Iran-Iraq war. For 'Marmar' it is another ordinary afternoon at the grandparents'. The echo of 'Death to America' chants from school mixes with grandad's favourite 'The voice of America' on the radio whilst waiting for granny to make Marmar a dress exactly the same as the American Popstar. Bright red. No straps.

Best Art/Experimental Film
Julian Olariu for “Above the Angel” https://www.nycindieff.com/film/above-the-angel

The chronicle of a communist afternoon.

Vincent van Gogh invites his closest friends to an exclusive showing of his latest paintings, a series entitled 'My Friends, My Truth'.Best

It’s the story of Adrian, an old bowling alley owner who wishes to retire and sell his business after 50 years. Each and every night, at the end of business hours, Adrian stays alone and plays solitary games in order to achieve his ultimate dream, a perfect game! But one night, Bernard, a ghost from his past, visits Adrian and warns the old man that he will die at the end of the week. Adria as less than a week to sell his business, make order in his life and try to play the perfect game.

An ex teen star from Manhattan Public Access TV in the nineties decides to relive her glory days.

Alex is a girl with a strong personality. She's very close to her best friend Abraham, a shy, insecure boy as a consequence of his complex relationship with his parents. Everything changes when Abraham's father dies in a bizarre accident. From this moment on, Alex will be thrust into a mind-bending trip where the line between reality and nightmares will start to start to blur.

As you follow his story, the narrative takes a shocking turn. An unfortunate truth looms in the space – the death of Ahmaied's sons by a booby trap. Ironically, while he was concerned about his home being safe, Ahmaied's sons died in an incident in another home just around the corner. You experience this explosion in first person. As you wind down from this climax, you hear Ahmaied speak of his loss and his hopes for his family, country and the world.This project was part of the Oculus VR for Good Creators Lab 2017 and was produced in collaboration with the Geneva International Centre for Humanitarian Demining (GICHD

Sampler of the 2019 NYC Indie Awards