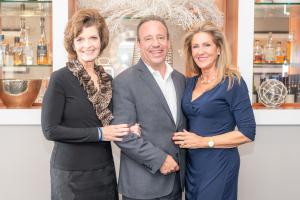 Lynn Kitchen and Julie Hamilton, of Kitchen Hamilton Productions along with David Meltzer of Meltzer Enterprises are executive producers of the World Greatest Motivators. 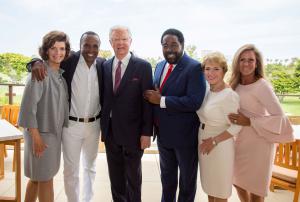 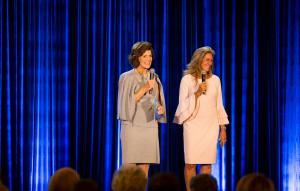 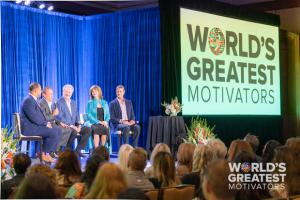 It is our desire to support those looking to make a change in their lives by providing the tools, possibilities and opportunities each motivator gives, which are available to all.”
— Julie Hamilton, of Kitchen Hamilton Productions

The TV series will be broadcast to over 250 million household viewers via WGN America, Fox Sports West, Biz TV Network, Family Channel, Dove TV, Comcast Michigan & Indiana, Action TV, and other Networks and Streaming Channels. The filming took place in front of a LIVE studio audience in November 2019 in Newport Beach, CA at the Balboa Bay Resort and Newport Beach Country Club over 3 days. Kitchen Hamilton Productions and Meltzer are the executive producers of the show.

“We are so thrilled to share this inspirational and motivational series with the world. It is our desire to support those looking to make a change in their lives by providing the tools, possibilities and opportunities each motivator gives, which are available to all. The inspiration delivered by these world-renowned leaders, support you in creating your goals for the new year, the decade and the rest of your life,” said Julie Hamilton, of Kitchen Hamilton Productions.

The Unstoppable Foundation receives a percentage of profits from the series. They are a non-profit humanitarian organization bringing sustainable education, nutrition and health to children and communities in developing countries, thereby creating a safer and more just world for everyone.

Sponsorship opportunities are available for the 13 episodes. Each half-hour broadcast will feature one speaker and is formatted for TV, OTT, and social media for national and international distribution. The title and participating sponsors are available offering premium in-app and homepage placement. With the APP – sponsors receive greater ROI by the audience and online viewers accessing the Redeem Page, which stores a variety of incentives and offers from ecommerce or retail locations.

About Kitchen Hamilton Productions:
Kitchen Hamilton Productions was formed in 2016 to develop a platform to showcase master motivators in business success and personal development. Recognizing that most humans love to be motivated and aspire to greater success, they created this program with the tag line, “Transcending Borders, Inspiring BIG Dreams!” The vision includes creating transformational media for international television, digital and streaming markets. WORLD’S GREATEST MOTIVATORSTM brings a message of inspiration and the “can-do” spirit.
Follow World’s Greatest MotivatorsTM on Facebook and Instagram @worldsgreatestmotivators, on LinkedIn at world-s-greatest-motivators, and Twitter @s_motivators.