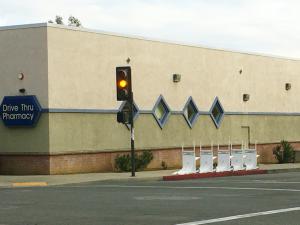 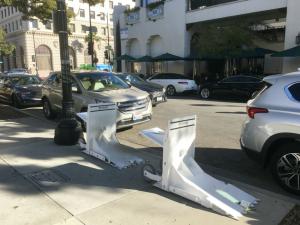 MERIDIAN barriers to be deployed on Rose Parade route 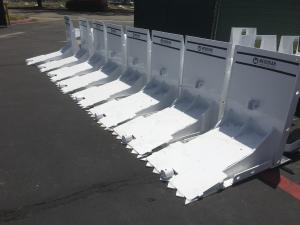 The MERIDIAN® solution really has the ideal set of specifications. They are fast and easy to deploy, flexible to use and tested to be effective.”
— Lt John Mercado, Pasadena PD Counter-Terrorism Unit

“It is important that the city is using the very latest technology when it comes to protecting spectators, employees and everyone associated with the parade,” said Lt John Mercado with the Pasadena Police Department Event Planning Section and Counter-Terrorism Unit. “MERIDIAN® barriers are tested and certified to do the job, and we have already seen a positive response from the community seeing them staged on the streets.”

The City of Pasadena passed a measure earlier this year to expand the use of MERIDIAN® barriers for the 2020 Parade as well as up to four additional years. MERIDIAN®‘s Archer® 1200 barrier is certified to both US and European crash test standards and was recently designated under the SAFETY Act as a Qualified Anti-Terrorism Technology (QATT). Archer® 1200 barriers were utilized for the 2018 Rose Parade Game and brought in to protect key areas at the stadium and parade route this year.

“We are thrilled to continue our partnership with the City of Pasadena,” said MERIDIAN® CEO Peter Whitford. “There is a clear understanding of the need with an event of this size and stature. The Archer® 1200 was designed exactly for the ability to provide rapidly deployed protection that doesn’t interfere with pedestrian movement. We can have the entire route secured and then re-opened in a very short time and without the need for heavy equipment.”

Planning, deployment and management of the event will be handled by MERIDIAN® Rental Solutions. Placement of the barriers prevents vehicle incursion onto the parade route while allowing for emergency access and the free movement of the estimated one million people who will be lining the streets for viewing.

“The MERIDIAN® solution really has the ideal set of specifications,” said Lt Mercado. “They are fast and easy to deploy, flexible to use and tested to be effective.”

The City of Pasadena filed a report with the City Council that stated no other companies were found that provide a device that meets the QATT qualifications. The MERIDIAN® solution is utilized by police, fire and major league sports venues including NFL, MLB, MLS and NBA stadiums. Archer® 1200 barriers have been in place at multiple Department of Homeland Security designated SEAR (Special Events Assessment Rating) Level 1 events including the Rose Parade and Super Bowl.

For more information about Meridian Rapid Defense Group (a Pasadena- based company) or the Archer 1200 Vehicle Barrier, visit www.meridian-barrier.com.