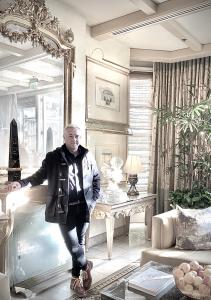 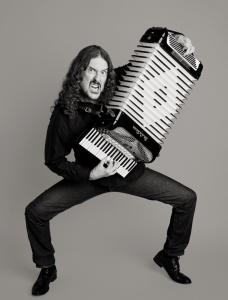 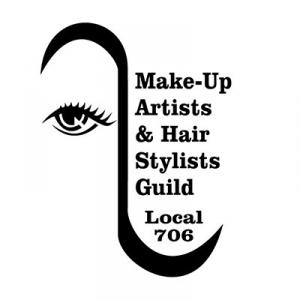 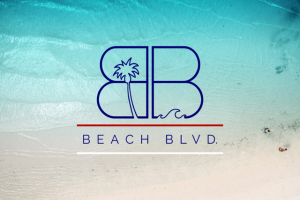 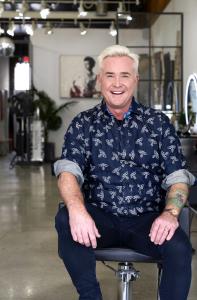 Sean James has been nominated for Local 706 Guild Award for “Best Hair for a TV Commercial or Music Video.

LOS ANGELES, CA, UNITED STATES, November 20, 2019 /EINPresswire.com/ — Celebrity hairstylist and makeup artist Sean James, whose shows include AMC’s “Talking Dead” and NBC’s “The Wall,” as well as currently in doing press for Lionsgate’s “Knives Out," has been nominated for the esteemed “Local 706 Guild Awards “for “Best Hair for a TV Commercial or Music Video. This is his third Nomination

James has received the nomination voted by his piers for his hair work on “Weird Al Yankovic” and for his appearance off camera with Sam Jones. It is perfect timing for such an accomplishment as The Local 706 Hair and Makeup Guild Awards are set for Jan 11, 2020 along the release of his highly anticipated new hair care product line BeachBlvd. https://www.beachblvdhair.com/ set in January.

Sean James is the art director for FHIheat (For Hair Innovators) and is heavily involved in helping with development of new tools ,for the professional, and consumer. “we have so many new tools coming for the holiday season , including many new colors of the “Unbrush” also coming are the rose gold mini chrome dryer ,curling iron and flat iron , all grey for gifts under $30 and can be found at Matthew preece salon in Santa Monica , on Fhiheat.com and at Coles .

“2020 Is already starting out to be a really wonderful year there are so many things on the plate for the year, including the highly anticipated product line to go towards Jamie Lee Curtis’s “Halloween kills”,” says James.

Local 706 was founded in 1937 by receiving its charter from IASTE, the International Alliance of Theatrical Stage Employees . By joining together, the organizations were able to change conditions and develop a safe workplace, one in which we are paid a decent salary with benefits that are envied by many outside the Union.

“To achieve, by organization and mutual endeavor, the improvement of the social and economic conditions of employees identified with the theatrical, television, moving pictures, entertainment, amusement, and commercial or industrial show industries of the United States and Canada,” says IASTE.

Sean works with many of the cast of the walking dead ,

Sean James is available Tues to Friday at Matthew Preece Salon in Santa Monica (310) 907 4022. Or for bookings for projects, fashion shows and events at Aim Artists call or Charnelle http://www.aimartist.com/

A man of many talents, Sean James first came to America via Australia because of his talents as a wig maker. He has since become an educator in cutting and color for L'Oreal, Redken, and Phyto Universe; styled numerous fashion shows during fashion weeks in Los Angeles, Paris, and New York including: Balmain, Gucci, Vivienne Westwood, Dolce and Gabanna, Valentino, and Burberry; has worked on Oscar nominated films and is a two time local 706 award nominee.

He is an expert panelist trusted in reviewing products and can be seen on Style Network’s “How Do I Look?”. Sean is also involved heavily in giving back and donating his time for worthy causes putting together hair and make-up teams, most recently for “Women in film Prop 8 " the play, and Rufus Wainwrights "Christmas 101” for sarcoma research. Sean's accomplishments and celebrity clientele reach far but don't detour him from sharing his passion for hair with his regular salon clientele. As he says, "Living the Dream!"