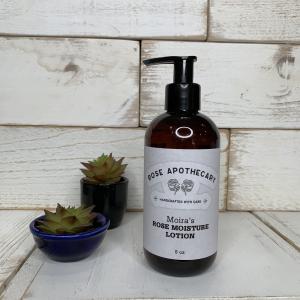 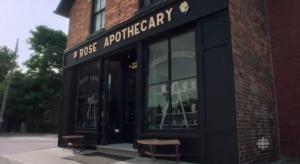 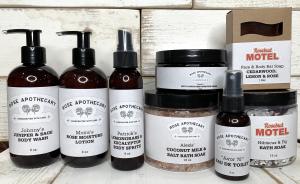 It's a general store, but it's also a very specific store. It's also not just a store. And yes, we will be selling things, but it's more like a branded immersive experience.”
— David Rose

“I love the show and starting thinking what it would be like if each member of the Rose family had a product in the Rose Apothecary,” said West, “I got inspired and the November pop-up store idea was born.”

Clear Light’s location at 123 Broadway Blvd SE has long been known for selling products like Bathing Bad and Los Pollos Hermanos Seasoning based on “Breaking Bad” and “Better Call Saul”, but this year’s holiday shopping event is inspired by the Rose Apothecary from the POP TV hit. “Shitt’s Creek” has five seasons on Netflix.

The store will stream episodes of the show while guests shop and try hands-on demos of the products. How does the character David from the show describe Rose Apothecary?

"It's a general store, but it's also a very specific store. It's also not just a store, it's like a place where people can come and get coffee or drinks, but it's not a coffee shop, nor is it a bar. Yeah, it's an environment. And yes, we will be selling things, but it's more like a branded immersive experience."
— David Rose explaining the Rose Apothecary.

A party celebrating the Shitt’s Creek Pop-Up shop is Friday, November 22 from 7 to 9 pm featuring 15 of David Rose’s favorite cheeses that is a fundraiser for New Mexico Women in Film. Rose Apothecary products will be available in the store and at www.ShittsCreekChamber.com

About New Mexico Women In Film
New Mexico Women in Film is a New Mexico-based outreach network committed to the professional development and achievement of women in the film and television community through Mentorship, Networking, Education, and Community.

Women in Film was born in 1973 in the Los Angeles office of Tichi Wilkerson-Kassels, publisher of the Hollywood Reporter. She gathered a group of women for lunch to discuss the state of women in The Business. The results of that lunch were big plans to work together as Women in Film to increase awareness of the contributions of women in the industry. Word spread rapidly. Women in Film and Television International (WIFTI) was soon formed to act as the global network comprised of all of the member chapters. There are now over 40 Women in Film organizations worldwide spanning 4 continents, 18 countries with more than 14,000 global members, among which all of our members are included.

New Mexico Women in Film was formed in 2005 and NM representatives attended a WIFTI World Summit. To form a chapter, Janet Davidson, Deborah Johnson, Karen Koch and Kaaren Ochoa invited every woman listed in the New Mexico Film Directory to the initial meetings. NMWIF quickly became the fastest growing chapter to date and continues to receive significant attention from the international membership.

About Keith Allen West
KEITH ALLEN WEST is a dynamic actor that portrays powerful, complex and authentic characters in feature films and tv shows. Through out his career, he has worked with actors and directors from multiple Academy Award winning films. He has stars in a new sitcom Deeply Superficial and has a lead role in the film Third Act. Born in Cincinnati, Ohio, he has been entertaining crowds and appearing on major media since his college journalism degree. He works in TV, film and commercials throughout New Mexico and Los Angeles, CA.

Keith is represented by Carissa Mitchell of Mitchell & Associates Talent at MitchellTalent.com, carissa@mitchelltalent.com and 505-262-9733.