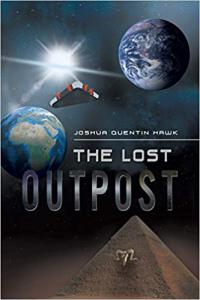 A battle between political and supernatural forces

Author Hawk weaves a compelling first contact science fiction tale that is set in the year 2260 and centers on its protagonist, Commander Bowers, a renowned environmental planetary scientist and archeologist. He leads a team of explorers to a newly discovered planet for possible colonization and habitation due to overpopulation and environmental degradation of both Earth and Mars, but in the process is shot forward in time due to ancient supernatural forces.

Bowers finds himself right in the middle of a coup and conspiracy by the Earth president and his ex-admiral, his former commander. To complete his original mission, he needs to stop his ex-admiral, the coup, and the ancient force he has awoken, but first he must remember who he is after suffering memory loss during the time traveling.

“In high school, I was in drama and stagecraft. I have always enjoyed behind the scenes, and classical stories, both psychological dramas and science fiction,” shares Author hawk when asked about his inspiration for the book. He adds, “It was not inspiration. It is more that have I have enjoyed reading and a good storyteller growing up. I have wished to be a writer for many years. After I was placed back on dialysis, I was back to a point in my life where I was unable to work, so I told myself, it is time. Then I started my research between publishers and self-publishing.”

Visit Joshua Quentin Hawk’s website, www.joshuaquentinhawk.com, to learn more about him and his works.

Joshua Quentin Hawk, born Thomas Roy Bass, from Portsmouth, Virginia, has lived in Texas and California, now presently in San Diego, California for most of his childhood and adult life. After many years of medical issues due to kidney failure and transplant, he now has the time to write. He has worked in the technology industry in the past as a Network Engineer and has studied Geological, Environmental, and Oceanographic sciences for years. He has always wanted to be a writer, so he told himself, “I have the time.”

Book copies are available at Amazon, Barnes & Noble, and other online book retailers.