Filminute runs throughout the month of October 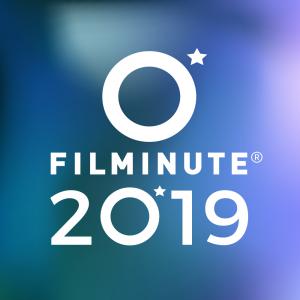 This year's 25 films from 18 countries capture a remarkable range of political, socio-cultural, and eco-nomic ideas while still leaving room for great comedy

With so much sanctioned chaos and instability in the world, this year's range of themes prove, once again, that this unique and accessible film format offers a true reflection of the global zeitgeist”
— John Ketchum

BUCHAREST, ROMANIA, October 11, 2019 /EINPresswire.com/ — Each year, FILMINUTE presents a collection of the world’s best ultrashort films, each delivering a complete story in exactly one minute: http://www.filminute.com

“Regrets, mistakes, responsibility — these are some of the big themes present in this year’s collection,” says Filminute co-founder and head of jury, John Ketchum. “With so much sanctioned chaos and instability in the world, these particular themes will indeed strike a chord with audiences and prove, once again, that this unique and accessible film format offers a real and raw reflection of the global zeitgeist.”

Filminute co-founder Sabaa Quao pointed out one big shift in international repre-sentation at this year’s festival. “Submissions from Iran and India surpassed the volume from USA and the UK this year. No country has a monopoly on great stories and Filminute is one arena that levels that playing field and presents the best that we can find to an international audience”

The “BEST FILMINUTE” prize and 5 Commendations will be awarded by the Filminute jury. The public at large is invited to view, share, comment upon, and rate all 25 films. Everyone is also entitled to a single vote for the film they feel deserves the People’s Choice award.

Filminute partner CineCoup returns as sponsor of the CineCoup Award, which each year supports the development of one of the films from the collection. As well, European cinema news leader Cineuropa is back with their annual 5-Minute Chal-lenge, Les Films de Cannes a Bucarest festival returns with their Filminute Trophy, and a number of new initiatives have been developed including with ShortsTV and WeTransfer.

The festival runs from Oct 1-31st. Voting is open until midnight, October 31st. The FILMINUTE winners & awards will be announced November 7th