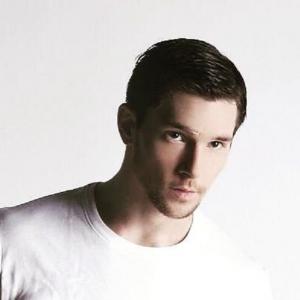 The acclaimed actor/dancer has signed on for three projects filming in the US, giving the Brit the opportunity to flex both his acting and dancing chops.

Whether [Alexander Loxton is] acting on screen, or performing on stage – he draws you in because he’s so intently focused on the present.”
— Jayden Fowora Knight

LOS ANGELES, CA, USA, October 5, 2019 /EINPresswire.com/ — ‘Billy Elliot’ star Alexander Loxton, currently appearing in ‘Viva la Vida’ on Amazon Prime, has joined the cast for a number of American projects that will make use of the ‘Nutcracker’ performer’s expert skills in some genre-bending stories.

Fresh off the Brits’ dominance of the recent Emmy Awards, the packaged deals reinforce how popular UK talent are becoming with American producers, who now more than ever are beginning to diversify their slates with projects that generate international appeal on multiple streaming services. Alexander’s current series, ‘Viva la Vida’, is available to millions of consumers around the world on Jeff Bezo’s streaming giant.

Exact titles and plot details remain under wraps, but information available highlights the broad range of stories that continue to be made in what is shaping up to be a fiercely competitive year for producers.

The first project is a feature which tells an alternate version of Marilyn Monroe’s days in Hollywood as she deals with demonic possession, hailing from the same producers as the ‘Open Water’ franchise and its award-winning director. Loxton will play the spiritual healer to whom Monroe turns for exorcism.

Loxton’s other project comes from producers who work in association with Ridley Scott’s companies, which will also call on Loxton’s talents as a dancer. The final project is a series of music videos directed by Marc Cleary.

As Nutcracker’s Jayden Fowora Knight attests: "Whether [Alexander is] acting on screen, or performing on stage – he draws you in because he’s so intently focused on the present.”

In a statement, Alexander expressed his joy at the attachments.

"I am extremely excited to be involved in such groundbreaking projects as these. Being not only able to work alongside such talented creatives but also on productions that have such sincere and uncompromising subjects of real artistry and sincerity is just everything you could hope for in this business."