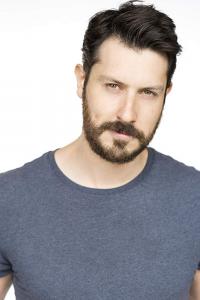 William Prescott has signed on to a US franchise

The popular Australian comedy and voice star is attached to multiple films.

LOS ANGELES, CA, USA, October 3, 2019 /EINPresswire.com/ — Acclaimed Australian actor William Prescott has signed on to star in ‘Hoppywood,’ a two-part family franchise from Dlugos Ventures. It is intended to shoot in various locations across the United States. Prescott has recently attracted a slew of positive notices for his turns in a number of viral marketing campaigns.

While distribution details are still under wraps, what is known is that the films concern an inspirational tale about a talking horse who has to complete in the ‘polemics’, a pole jumping competition for horses. William will play her best friend ‘Keiro Chip’ who guides her through the journey.

William has notable screen and voice over experience in award-winning shows such Glitch and Beat Bugs, which is how producers became familiar with the prolific Australia talent. His other credits include Movement and The Next Big Thing, co-starring Lee Beckhurst. Prescott is also well-known for his memorable appearances in hilarious international advertising campaigns, such as for Dare and McCain.

The franchise is scribed by writers repped by prominent management company Mosaic, who also boast Sharon Stone and Jessica Chastain as clients, and another producer credited on the award-winning Funny or Die series, 'Unverified.'

In a statement, William offered the following: "I’m thrilled to have the opportunity to work with the team on such a fun project. I’ve always loved voice work here in Aus and I’m so grateful to now be able to work in the US for the first time.”